Buying and Selling goods are the most important part of the market. Some goods and services are sold in cash and some at credit. Whenever the seller sells goods in cash, he receives the payment immediately but when someone buys goods at credit, they postpone the payment for such goods to a future date.

Hence, In today’s world, there is one such instrument which provides surety for the payment on a particular date in the future. Such an instrument is called Bills of Exchange. In this article, we will study the basic Accounting Treatment of such Bills of Exchange in books of both the parties viz., Buyer and Seller.

Meaning of Bills of Exchange

A written order to a person requiring them to make a specified payment to the signatory or to a named payee. According to Negotiable Instruments Act, 1881, a bill of exchange is defined as an instrument in writing containing an unconditional order, signed by the maker, directing a certain person to pay a certain sum of money only to, or to the order of a certain person or to the bearer of the instrument. 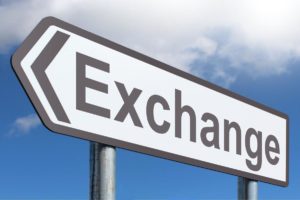 Features of Bills of Exchange

Features of Bills of Exchange are as follows:

1. It is always in writing

2. It is an order to make payment

3. The order is unconditional

5. Date of payment is also provided

6. The amount given on the bill is either payable on demand or on the expiry of the bill.

Note: Generally, a creditor draws a Bills of Exchange upon his creditor. But until the payer accepts it, it is just a draft, not a Bill of Exchange. Hence, the accounting treatment for bills of exchange will not be there till the acceptance by the payer.

Advantages of Bills of Exchange

Two most important advantages of Bills of Exchange are as follows:

1. Fixation of terms and conditions: The creditor knows the time when he will receive the money so also debtor is fully aware of the date by which he has to pay the money.

This is because the terms and conditions of the relationships between debtor and creditor such as amount required to be paid, date of payment, interest to be paid, etc. are fixed already.

2. Proof: A debt becomes secure and its recovery becomes easy as soon as the legal powers interrupt in between. One of the specialties of Bills of Exchange is that is legal conclusive evidence of the debt taken by another party.

As a result, if the debtor refuses to pay the amount, the law will interfere and take further relevant actions against the debtor.

Accounting Treatment of Bills of Exchange

A bill receivable can be treated in the following four ways by its receiver:

2. Bill discounted with the bank

3. Endorse the bill to a creditor

On receiving the Bill

On Maturity of the Bill

Note: If the bill is retained and is sent to the bank for collection a few days before the maturity of the bill, then:

On sending the bill for collection

2. Bill discounted with the Bank

On receiving the bill

On discounting the bill

Note: On the date of maturity, the firm will not pass any entry because it is now the duty of the bank to take the money from the relevant party.

3. Bill Endorsed to the Creditor

On receiving the bill

On endorsing the bill

Note: The firm will not pass any entry at the time of maturity because the bill is now with the creditor and he is now the owner of the bill. Hence, there will not be any entry in the books of the drawer. Although the drawee now has to pay to the drawer’s creditor, it does not affect his books also.

Sneha Bansal sells goods to Harshit Bansal for Rs.20,000 on credit on 01/01/2017. Hence, Sneha draws a bill for 3 months and Harshit accepts the same. Harshit pays the money on maturity. Record the relevant Journal entries if the bill is retained by Sneha till the date of maturity.

In the books of Sneha

On acceptance of B/R