An auditor applies various audit procedure to obtain audit evidence which enables him to form an opinion whether the financial statements of an entity are free from material misstatement and state a true and fair view or not.

Audit Evidence is the information that the auditor uses in arriving at a conclusion on the basis of which he forms his opinion.

The auditor should obtain sufficient and appropriate evidence which enables the auditor to arrive at a conclusion and supports his opinion. Audit evidence forms the basis for forming an opinion whether the financial statements of an entity state true and fair view or not.

Audit evidence includes information provided in books of accounts as well as information from other sources. For Example – Purchase invoice and material received note prepared by the store’s department are evidence to support the purchase. 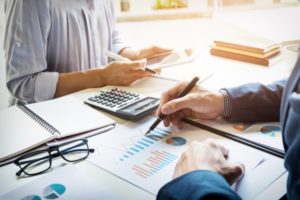 Question: State the important factors that the auditor needs to consider while obtaining evidence?

Ans. Some important factors to consider while obtaining evidence are as follows: –