Did you notice the sand the last time you went to the beach? And the ground on your last visit to the football field? The soil in both these places is distinctively different. Have you ever wondered why soil is a different texture and colour at different places? This is due to the different minerals in soil. Let us learn more about this. 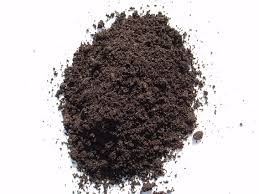 Soil is the thin layer of loose material covering the earth’s surface. It is composed of both organic and inorganic materials. The formation of soil is an extremely long process taking up to an average of a thousand years. Soil is formed when surface rocks break into several smaller particles, called regolith, which then gets mixed with varied organic matter. This whole process is called Weathering.  So weathering happens through three major ways, namely

Soil is essential a mix of various particles and substances. So let us have a look at all the things that make up soil,

Now one of the most important functions of minerals in soil is the assistance it provides to plant life. Plants need a number of minerals for a healthy life and growth. These minerals are absorbed from the soil via the roots of the plants and trees. The two most important a plant needs are nitrate and magnesium. Nitrate is the main source of amino acids which are the main ingredient required to make proteins. Magnesium is essential in the production of chlorophyll which allows photosynthesis. If these essential minerals are not available to plants, its stunts their growth.

When soil and its profile is altered by either removal of essential materials or addition of pollutants, which results in the reduction of the productivity or fertility of soil, it is called Soil Pollution.

Soil is degraded due to various factors, some of which are

There are many steps that can be taken to control unchecked soil pollution, to ensure the fertility of soil remains at ideal levels. Let us discuss a few measures that can be put into effect

1) Soil erosion can be reduced by many agricultural and farm activities. There are many practices that can be followed to reduce erosion, such as

4) Reuse, Recycle & Reduce: This is regarding non-biodegradable materials, such as plastics, metals, glass etc. If we follow the reuse, recycle and reduce policy it will have a huge impact on our waste production and a very positive impact on the environment, reducing various kinds of pollution including soil pollution.

Hopefully, this lesson has helped you understand the significance of soil in our atmosphere, and the importance of minerals in the soil. By following these practices let us ensure that these minerals stay in the soil, and we greatly reduce the erosion and pollution of soil.

Q: The holding capacity is highest in

Solution: The correct answer is “a”. Clay has the smallest size soil particles, which discourages water percolation, and instead holds the moisture. Clay also has very less aeration, because water displaces air between the spaces of clay particles.