Simran is 13 years old and is already suffering from asthma. She wishes to be an Olympic runner someday. But the question is, will she ever be able to achieve her dream? This wasn’t the case a few years when she was a small child and surprisingly, her asthma isn’t genetic. So what happened in all these years that caused her to suffer from asthma? Well, a very basic and simple answer to this is ‘Air pollution’. Asthma is one of the severe effects of air pollution. How does air get polluted so much that it leads to air pollution? What are the effects and causes of air pollution? Let us find the answers to all these questions below.

What are the causes of air pollution?

The pollutants that contaminate the quality of air are known as “Air pollutants”; such as smoke from forest fires, cigarettes, factories, dust, etc. Majority of the air pollution occurs due to the use of energy and production by factories. Additionally, there are fossil fuels that are being burnt that release harmful gases and chemicals into the air.

One of the main pollutant participating in the causes of air pollution is Carbon dioxide, a greenhouse gas that is making earth warmer adding to global warming and causing a major change in the climate and even though living beings emit this gas while breathing, CO2 is also a gas if released in excess is considered to be life-threatening. Anyways in the past decade, enough carbon dioxide has already been pumped into the atmosphere to increase its levels more than they have been in the earliest of centuries.

Along with CO2 there are other gases that are involved as well such as Chloroflouro carbons (CFCs) which are a result of aerosol and refrigerants causes the depletion of ozone layer, Methane (CH4) is again another greenhouse gas and Sulfur dioxide (SO2) which is produced by volcanoes and alike factories causes acid rain since the clouds get acidic because of this gas. Other factors for the causes air pollution are:

Exhaust from Vehicles: Majority of the vehicles even today run on petrol and diesel; combustion from these vehicles releases many toxic gases like CO2, Carbon Monoxide (CO), SO2, etc.

Kitchen: Be it a household kitchen or a high-end restaurant kitchen, the pollution produced by both these places is same and equally responsible for pollution of air.

Not only are the above pollutants major causes of air pollution, but also they’re all ‘Man-made pollutants’. So you can see how much we, humans are responsible for harming our planet. On the other hand, the gases that we discussed above as pollutants come under ‘Natural pollutants’.

By now we already know what causes air pollution. So, what’re the effects of air pollution and to what extent can they harm us? Smog is a combination of smoke and fog, it can also be called ozone on ground level. It appears primarily when there’s release of emissions which are caused by combusting fossil fuels. Smog decreases the level of visibility thereby creating problems for drivers, pilots, etc. Smog if inhaled in high levels can also cause congestion in the throat, major respiratory problems, exposure to smog can also cause many eye related problems. It is one of the major contributors to the increasing problem and causes of air pollution in Delhi. 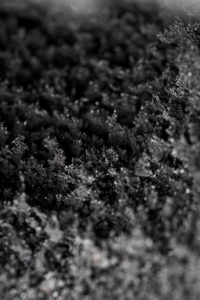 Soot is yet another type of air pollution which is caused by smoke released from industry, automobile engines, and the emissions released by combustion of fossil fuels like coal. It can also be referred as ‘particulate matter’; since it’s primarily made up of tiny particles of smoke. The effects of air pollution are even more dangerous than those caused by smog since these tiny particles can penetrate through anything.

It is a mixture of oxides of sulphur and nitrogen with rainwater. Acid rain, the word itself describes how hazardous can it be; not just humans but also for non-living things around us such as it causes the surfaces of buildings to corrode on the outside. Acid rain has caused the Taj Mahal to become pale over time.

Suspended Particulate Matter can be defined as the microscopic particles from any solid, liquid or gas released into the air. These particles are so tiny they can actually penetrate through anything and cause various respiratory diseases.

The ‘Greenhouse Effect’ can be defined as trapping of solar radiation by gases like CO2 and CH4 and bringing about a climatic change and increasing the earth’s temperature. Greenhouse effect leads to extreme weather, contagious diseases like Lyme, deaths due to extreme heat temperatures, greenhouse effect also causes an increase in the sea levels.

Increase in earth’s temperature is called ‘Global warming’. Air pollution is one of the major contributors to the cause of global warming, global warming has led to melting of ice caps, glaciers, etc.

We ‘need’ to acknowledge this problem of air pollution with whatever time we’ve got on our hands before it’s too late.

Q. Which of the following is NOT an air pollutant?