When we see around we can find a large variety of living organisms around us. This variety includes small plants, birds, insects and several other animals. This refers to biodiversity for the number and types of organisms present on the earth. So to identify, regroup and recognize various organisms, a systematic study is required. Let’s also study how scientific names are being provided to them.

It is the scientific study that attempts to recognize describe name and arrange the diverse organisms according to an organized system on unique features of species and Groups. Systematics include:

The organism is identified according to morphological and anatomical features. It is then given a proper name and placed in a particular group. 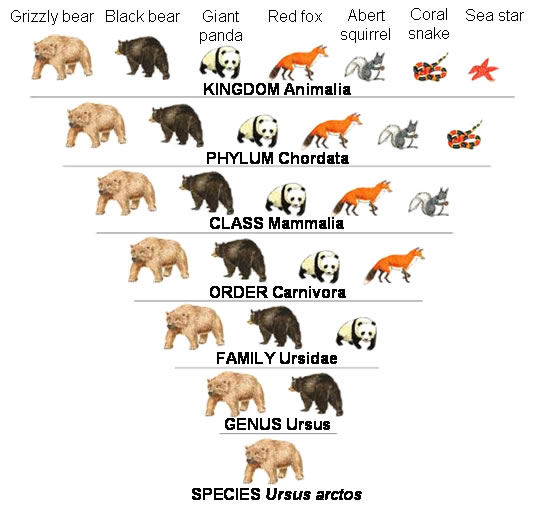 Classification is a scientific method of grouping organisms in a hierarchical series of groups on the basis of their morphological, evolutionary and other relationships. Different types of classification have been studied –

It is the present scientific method of naming the organisms with their official scientific names.

The Need for Scientific Names

Different plants and animals have different local names. These local names would vary from place to place. It could create a confusion in identifying the plant or animal. Hence there is a need to standardize the name of the living organism in such a way that a particular organism is known by the same name all over the world. This process is called nomenclature.

It is the method of naming the organisms. The term Binomial Nomenclature means two-word names. Carolus Linnaeus devised this method. He explained the system in his book ‘Systema Naturae’. Some of the universal rules of nomenclature are as follows:

Question: We can consider Linnaeus as Father of Taxonomy. Name two other botanists known for their contribution to the field of plant taxonomy?

Answer: G Bentham and Joseph Dalton Hooker. Both are famous for their work on “classification of plants based on natural characteristics”

Question: A scientist has come across a plant which he feels is a new species. How will he go about its identification, classification, and nomenclature?

This can be further confirmed by the presence of parallel or reticulate venation and number of cotyledons in the seeds. After that, the scientist should look at the type of phyllotaxy, inflorescence, etc. which will help in classifying the plant in order and family.

If it is a flowering plant, then a detailed study of various floral parts can give various clues about a particular family or order. Type of placentation can be studied by looking at the arrangement of seeds inside the fruits. Finally, the arrangement of antheridium and gynoecium can help the scientist to confirm a particular family for the new species.

The research work of scientists on the basis of these features should be verified to conclude it as a new species discovered. The scientist also needs to rule out the exact similarity with any other existing species before arriving at a unique name for the new species found.