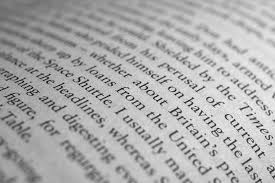 In the English language, a root represents a word or a part of a word through which the other words grow. The words are usually built upon what prefix and suffix you add to them. That is why they are also known as the heart of a word. For example, the word ‘running’ has roots in the run. Thus, in ‘running’, when you remove the other letters i.e. the affix, the only thing that is left are the roots.

But many times roots are not the only stand-alone word on its own. Even though root forms the basis to its own words, every time this might not be true. The best example for this it the word ‘reject’. Here, the word has two things: prefix and root. It has ‘re’ as prefix and ‘ject’ as the Latin root. Thus, the above word is not a stand-alone word.

This study of the origin of words and the process in which their meanings have been changing throughout history is termed as etymology. Etymology helps us in knowing the word’s earliest use, it’s basic elements and changes in the meaning and form of its linguistics.

Further, it also determines the transmission of the word from one language to the other one. Etymology also helps in identifying the similarities of the linguistic form with the other languages.

So, the question might be why are roots important? Why should one understand the roots? Understanding roots and its meaning helps us in understanding the roots of common words. This can further help us in deducing the meaning of the newer words that we might face.

Thereby students can also make the right choice. But as mentioned above you need to make sure that you are confident. Because sometimes a root word can have more than one meaning. Also, some words that may look similar to you might have been derived from different roots. So, whenever you come across new words, run it by a dictionary and check the meaning of its roots.

If we want to improve our vocabulary skills than we need to study roots. Its knowledge and usage will improve your vocabulary tremendously. If you know one root than other words with that root will be very easy to understand. Thus, learning can be simple and straightforward. You don’t need to mug up the words and it’s meaning.

Select the correct meaning of the root words given below: