Suppose you and your friend is playing Scrabble. Both of you decided on some new rules for the game. You suggested that if any of you want a new piece of the alphabet you have to do any of the three things.

You decided to cut your points. How much will you cut down your points to get a new piece of the alphabet?

This is the concept of the marginal rate of substitution. Let us get ourselves ready to know them.

It is a curve that shows the combination of goods which gives the same level of satisfaction to the consumers so that an individual is indifferent. In other words, the consumer gives equal preference to all such combinations.

It is a graph that gives a consumer equal satisfaction, making the consumer indifferent. An indifference curve shows the combination of services which a consumer can prefer over the other.

For any consumer, utility function (U) is a function of the quantities of goods. Suppose there are two commodities x1 and x2. Then 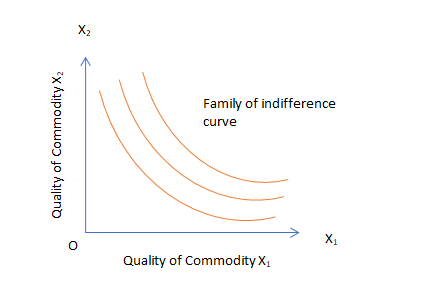 It is the rate at which the consumer is willing to give up commodity ‘X’ for one more unit of commodity ‘Y’. He tries to maintain the same level of satisfaction.

For any consumer, utility function (U) is a function of the quantities of goods. Suppose there are two commodities x1 and x2. Then

Taking total differential, we get

The slope (d x2 / d x1) of the tangent at any point on an indifference curve is the rate at which x1 must be substituted for x2 or vice versa. 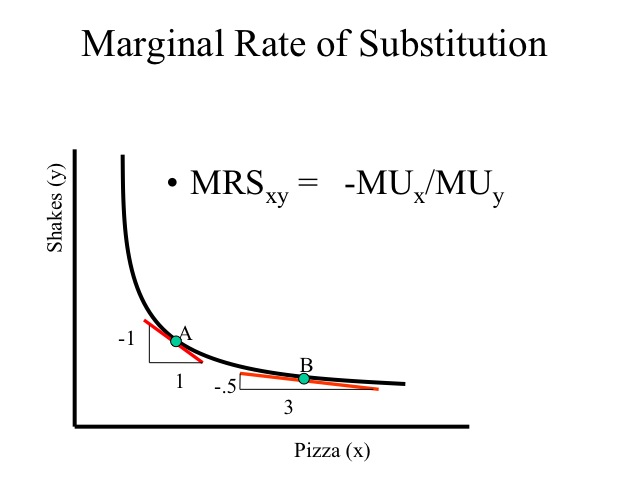 This law doesn’t apply to

Types of Marginal Rate of Substitution

The marginal rate of substitution is diminishing. One can obtain it if the consumer is willing to give up less and less unit of good Y for every additional unit of good X.

Suppose a consumer substitutes a commodity X for the other commodity Y at an increasing rate to maintain the same level of satisfaction. In this case, one can obtain an increasing marginal rate of substitution.

Problem: Indifference curves are convex to the origin because(choose the correct choice)