As per the section 148 of the Indian Contract Act, 1872, a bailment is a contract where one person delivers goods to another person for some purpose. The person delivering the goods is the Bailor and the person receiving the goods is the Bailee. After the accomplishment of the purpose, the Bailee needs to return these goods to the Bailor or dispose of them according to the directions of the Bailor. Let us now discuss the duties of bailee and bailor.

Duties of Bailee and Bailor

Bailment refers to the voluntary delivery of goods. Also, such delivery is for a temporary purpose and after the fulfilment of which the bailee shall either return the goods in the same or altered form or dispose of them.

In the contract of bailment, the ownership of the goods remains with the Bailor and only the possession transfers to the bailee. Such delivery of goods may be actual or constructive.

For example, when A hands over the keys of a godown to B, it amounts to the delivery of goods in the godown. Also, A is the bailor and B is the bailee.

Learn about the Rights available to the Parties here.

Duties of a Bailee

Duties of a bailee in respect of goods are as follows:

According to section 151, it is the duty of a bailee to take care of goods bailed to him. Bailee should take care of these goods as an ordinary man will take care of his goods of the same value, quality, and quantity.

Thus, if the bailee takes due care of goods then he will not be liable for any loss, deterioration of such goods. Also, the bailee needs to take the same degree of care of goods whether the bailment is for reward or gratuitous.

However, the bailee is not liable for any loss due to the happening of any act by God or public enemies though he agrees to take special care of the goods.

2. Not to make unauthorized use

Bailor can also claim for damages caused to goods bailed due to unauthorized use as per Section 154.

A bailee must not set an adverse title to the goods bailed.

The duty of the bailee is to return the goods without demand on the accomplishment of the purpose or the expiration of the time period. In case of his failure to do so, he shall be liable for the loss, destruction, deterioration, damages or destruction of goods even without negligence.

A bailee shall return the goods along with any increase or profit accruing to the goods to the bailor, in the absence of any contract to the contrary.

For example, A leaves a hen in the custody of B. The hen gets a chick. B shall deliver the hen along with the chick to A. 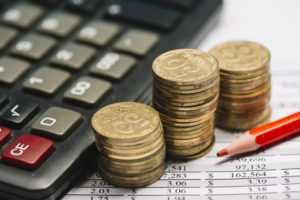 Also, learn about the Responsibilities of the Principal to Third-parties here.

Duties of a bailor

Duties of a bailor are as follows:

Solved Example on Duties of Bailee and Bailor

For example, X gives a piece of cloth to Y for stitching a shirt. Y promises to deliver the shirt in a week’s time. After a week Y has the shirt ready. But, he has a right to retain it until X pays him his charges.

Section 171 states the provisions for a general lien. It is a right to detain any property belonging to another person which is in the possession of the person exercising the lien in respect of any payment lawfully due to him.