The growth of trade and business led to many problems that traditional forms of business did not solve. For example, the unlimited liability feature of a sole proprietorship form of business resulted in people forming partnerships, but even that proved to be too inadequate and risky. This is when the concept of companies emerged, and private companies form of business is the oldest example of it.

The Section further says private companies can have a maximum of 200 members (except for One Person Companies). This number does not include present and former employees who are also members. Moreover, more than two persons who own shares jointly are treated as a single member. 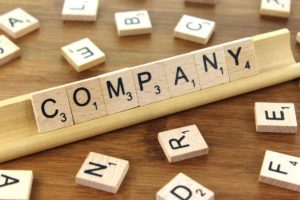 These are some features that distinguish private companies from other types of companies:

Private companies are of three types depending on their members’ liabilities:

In terms of the number of members, a private company can also be a One Person Company. These types of companies have just one member/shareholder as their promoter. The new Companies Act of 2013 introduced such types of companies.

Further, even small companies that have limited paid-up share capitals and turnover amounts, as defined under Section 2(85), are treated as private companies under Indian company law.

Minimum 2 and maximum of 200 members can come together to form a private company by submitting an application to that effect to the Registrar of Companies along with a subscribed copy of their Memorandum of Association and other required documents after payment of prescribed fees.

The Memorandum must state the name of the company (which should include the words “Private Limited”), the address of its registered office, its objects and purposes, and extent of liability of its members. It must also mention the details of subscribers to the Memorandum.

Apart from this, the Companies Act has also prescribed certain other compliances, such as requirements relating to names of private companies, their Articles of Association, details of members, transferability of shares, etc.

The Companies Act has provided certain privileges and exemptions to private companies that public companies do not possess. These privileges accord them greater freedom in conducting their affairs. Here are some examples of them:

Despite all the advantages they offer, private companies also have the following limitations:

Question 1: Rajiv owns a garments shop with his two brothers. They decided to diversify its business by creating a company that will manufacture garments. They are facing some financial difficulties in this regard.

For example, they collectively have just Rs. 80,000 as capital. Furthermore, they wish to limit their liabilities because of such financial shortcomings. Can they form a private company under such conditions?

Answer: Rajiv and his brothers can definitely incorporate a company under such conditions. Although the Companies Act had previously prescribed a minimum capital requirement of Rs. 1 lakh, this is now omitted. Considering the second condition, they can opt for a company limited by shares or guarantee.

Question 2: Briefly describe the process Rajiv and his brothers will have to undertake to create their company.

Answer: Firstly, they will have to file with the Registrar of Companies an application form with requisite fees. This form will be accompanied with its Memorandum and Articles of Association. This Memorandum will contain details like their company’s name (suffixed with “Pvt. Ltd.”), their objectives, the address of their office, etc.

After this, the Act also requires them to provide their own personal details to the Registrar. The company will come into force after the Registrar grants a certificate of incorporation to them.