A colloid is a mixture in which one substance of microscopically dispersed insoluble particles is suspended throughout another substance. Owing to this peculiar structure of colloid, it has varied physical and chemical properties. Let us explore more about the physical, chemical, optical as well as electrical properties of colloidal solutions. 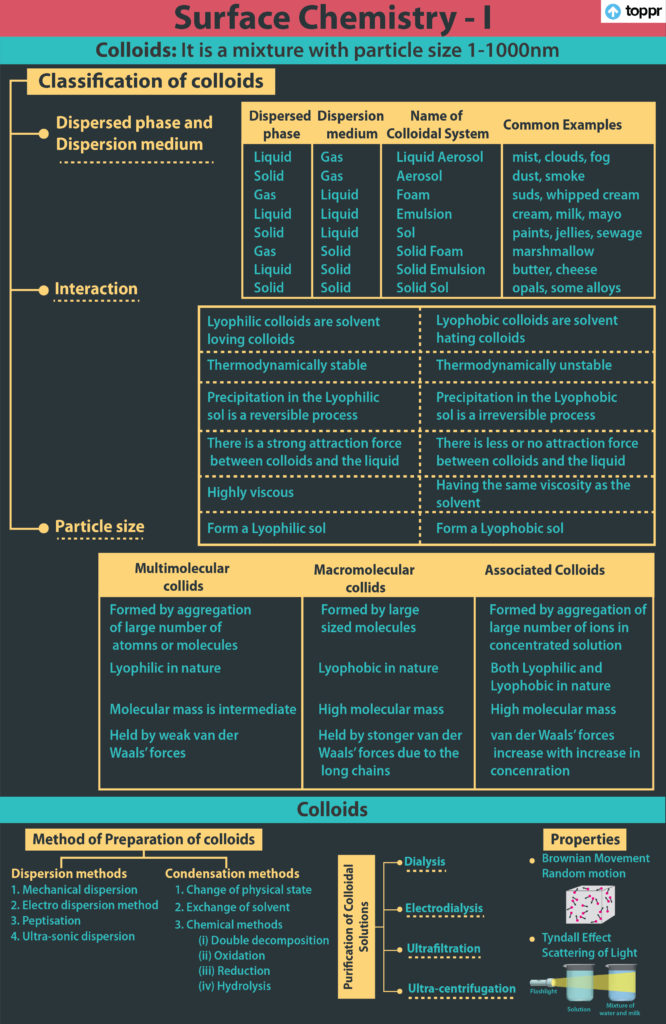 Read the Classification of Colloids here. 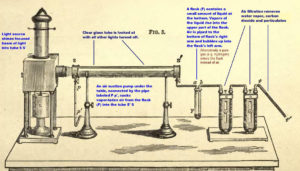 Colloids exhibit a phenomenon known as the Tyndall effect observed by Tyndall in 1869. When we pass an intense converging beam of light through a colloidal solution kept in dark, the path of the beam gets illuminated with a bluish light. This phenomenon of scattering of light by colloidal particles is called the Tyndall effect and the illuminated path is known as the Tyndall cone. The dispersed colloidal particles scatter the light falling on them resulting in emissions that are comparable to ultraviolet and visible radiations. These scattered radiations get illuminated.

The zone of scattered light is observed to be much larger than the particle itself. This makes the colloidal particles to appear as tiny bright spots when viewed under a microscope. This has to be done at right angles to the beam of light.

Learn different types of Emulsion and its properties here.

The Brownian movement imparts stability to the sol. It opposes the gravitational force acting on colloidal particles and prevents them from settling down thus maintaining the stability of the sol.

Learn about Chemical Adsorption and its significance here.

The dispersed particles of a colloid repel each other since they carry similar charges and this prevents them from settling down thus maintaining the stability of the sol. Based on the nature of the charge, the colloidal sols may be classified as positively charged and negatively charged sols.

Que: Which of these is not a property of colloids?

Ans: The correct option is “D”. High instability is not a property of colloids. Rather, colloids are quite stable.