Possibly the neighbours to the most reactive elements in the group, Alkali earth metals belong to the group 2 of the periodic table. Somehow, they are very similar to their neighbouring elements of the table. Yet they manage to be quite different from them. These metals display a fair share of interesting properties which are absolutely fun to study about. So let’s learn about the Alkali Earth Metals. 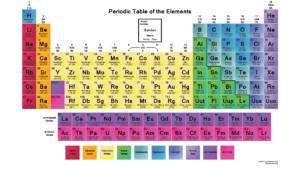 Included in the group two elements are Beryllium(Be), Magnesium(Mg), Calcium(Ca), Strontium(Sr), and Barium(Ba). Usually, there is no need to store these elements in oil, unlike the group one elements. For a metal, alkali earth metals tend to have low melting points and low densities. Being a metal, they are obviously good conductors of heat and electricity.

The general electronic configuration of Group 2 elements is ns2. Alkali earth metals have the capability to lose the two electrons in their outer shell. Thus, they react with other elements and form ionic compounds. Let’s take some examples to understand the reactions of such metals.

Since the reactive ability of group two elements is quite less in comparison to group one elements, they are used to be added in acids, in order to dilute them. For example, magnesium and calcium, added in hydrochloric acid would produce the following output:

Uses of the Alkali Earth Metals

As far as the uses of the group two elements and their compounds are concerned, there is a lot to be understood on that front.

Magnesium usually burns with a bright whitish flame and this has allowed it to be used in fireworks and rescue flares, along with the other type of such variety. A unique use of the metal is in the manufacture and production of high-performance car engines.

Let us take, for example, the Volkswagen ‘Beetle’ has a magnesium crankcase and other engine parts. The Porsche 911 contains more than 50 kilogram of magnesium. It is brought into use because of its low density, thereby reducing fuel consumption and reducing the emitting of pollution from these cars. Magnesium compounds are useful as well. For example:

Strontium compounds find their use in fireworks to produce a crimson red colour. Barium compounds are very poisonous. Rat poison has barium carbonate in it. However, you might have heard of ‘barium meals’ in hospitals. Patients swallow a white substance that shows up their digestive tract when X-rayed. This contains barium sulphate, which is insoluble in water and so just passes through your body without doing any harm.

Q: Discuss the physical properties of the group II elements.

Ans: The atomic radii, as well as ionic radii of the members of the family of group II elements, are smaller than the corresponding members of alkali metals. The alkaline earth metals, owing to their large size of atoms have fairly low values of ionization energies as compared to the p – block elements. However, within the group, the ionization energy decreases as the atomic number increases.

It is because of increase in atomic size due to the addition of new shells and increase in the magnitude of screening effect of the electrons in inner shells. Because their (IE) 1 is larger than that of their alkali metal neighbours, the group IIA metals trend to the somewhat less reactive than alkali metals.

Atomic weight increases from Be to Ba in a group and volume also increases, but increase in atomic weight is more as compare to atomic volume. Therefore the density increases from Be to Ba. The alkaline earth metals have higher melting and boiling points as compared to those of alkali metals mainly attributed to their small size and more closely packed crystal lattice as compared to alkali metals and presence of two valence electrons.

Since the alkaline earth metals (except Be) tend to lose their valence electrons readily, they act as strong reducing agents as indicated by E0 red values. The less negative value for Beryllium arises from the large hydration energy associated with the small size of Be2+ and the relatively large value of the heat of sublimation.