Introduction to Types of Temperature Scales 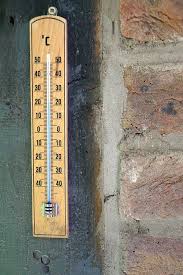 This 100-degree Celcius is as an upper fixed point. The division of the interval between the upper and lower fixed point takes place into 100 equal parts.

Celcius scale and Fahrenheit scale used degrees in their notation. The basis of the Kelvin scale is on the concept of Absolute Zero. Absolute Zero is the temperature at which everything including air freezes.

At absolute zero, the molecules of any substance have the lowest energy. Experts take absolute zero as a lower fixed point for the Kelvin scale and its writing takes place as 0 kelvin.

The boiling point of water is taken as 373 kelvin. Therefore,  373 K is taken as the upper fixed point. Kelvin scale is widely used as SI ( standard international ) unit for the measurement of temperature.

Formulas for the Temperature Scales

In order to convert temperature represented in one scale to another scale, we can use the following formulas:

Q:  Why Kelvin is taken as an SI unit of temperature and not celsius?

The boiling point of water may vary when the atmospheric pressure changes. This is the reason why celsius is not the SI unit for measuring temperature.