Energy, in today’s time, has become an essential part of our lives. Everything, right from the flush in our toilets to the electricity in our homes, everything runs on energy. To improve the lives of people in developing countries, energy consumption plays a big role in our lives. Energy is one of the functions of environment. There are many such functions of environment that affect us and the resources we procure from it. So what else is at stake? How can it be economically consumed? Let us study more about it.

Energy literally means power, or force flowing through something. In the current scenario, energy will refer to electricity. The source of light and heat. It is a crucial part of a healthy infrastructure. A lot of equipment and machines operate through electricity. Energy in the form of the power generator is required in almost all sectors of the economy. You need energy for production of goods and also for their mobilization to various parts of the country.

The primary form of energy in India is electricity. Earlier there were very limited ways of generating electricity. But since the environment has become one of the pressing concerns and most natural resources are being exhausted, scientists have found alternate sources of generating energy. Apart from the regular thermal power plants which require coal, we also have started looking at other sources to harness energy. 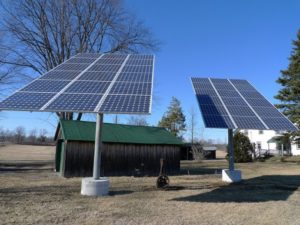 Energy can be generated from various sources. Some of the sources through which we generate energy are as under:

Generally speaking, health is the absence of any ailment in the human body. But the definition of a healthy body does not stop there. Healthy also means a person who is capable of using his or her body’s full potential. Although, science has progressed tremendously in the field of medicine and most diseases which were once incurable can now be successfully cured, yet, it is not wise to have a singular yardstick to measure health.

Traditionally the health of a nation’s population is assessed taking in account certain factors such as mortality rate, life expectancy, level of nutrition, incidences of diseases, both communicable and incommunicable.

A country needs sound infrastructure is the health sector. Hospitals with the latest medical technologies and equally efficient medical practitioners and other professionals in the filed can ensure better health of the citizens. In India, the medical infrastructure is still quite poor and often inaccessible to the lower classes. Today assessment of health should not be limited to just physical health, but mental health must also be considered as a crucial factor.

There are several youngsters dealing with issues of depression. We need specialists and infrastructure that can help cater to the psychological state of these people. India is a country of a maximum population which is in the bracket of earning class. A poor mental health can lead to poor performance at work, thereby affecting the overall GDP of the nation.

The speedy development has come at the cost of deteriorating the functions of environment and the environment itself. Of late economists have also factored in the environment as a key element of a progressing economy. With the rapid constructions to create a better infrastructure a lot of fumes and pollutants have been released in the atmosphere making the air more and more polluted.

This, in turn, affects the basic health of the citizens, increasing respiratory diseases and affecting work performances. The result is a reduced economic growth. In the modern age, functions of environment are deeply rooted into economics, especially infrastructures.

How is Infrastructure Affecting the Environment?

When a new building or a road is constructed, there is a lot of dust and other pollutants which are released in the air as well as water. These pollutants then travel far and wide, polluting the air we breathe and the water we drink. Over a period of time, our body consumes a lot of pollutants through different means and we become victims of airborne and water-borne diseases.

Sometimes, some industries release poisonous gases into the atmosphere which can make the people living around these areas severely sick. Often leading to diseases being carried into the family genes. This means, not only the affected person but even their progenies suffer from terrible diseases. If we do not curb such environmental hazards, we will quickly lose our workforce.

How to Curb This Problem?

The infrastructure that is now being made should be conscious of the environmental hazards.

The Bhopal Gas Tragedy is perhaps one of the biggest examples of how hazardous it can be to have an environmentally unsafe infrastructure in the vicinity of people. The damage caused by the leakage of the harmful gas lead to generations suffering from diseases.

Q. The most visible form of energy, which is often identified with progress in modern civilization, is _______.