In view of the coronavirus pandemic, we are making LIVE CLASSES and VIDEO CLASSES completely FREE to prevent interruption in studies
Economics > Rural Development > Credit and Banking in Rural Areas

You must be aware of the horrible trend of farmer suicides in our country. This is evidence of how worse the situation is. it makes one ponder over the conditions of rural India. One of the primary culprits of this is the poor credit services and rural banks of India. Let us analyse these further.

Credit is an important instrument for rural development. Most of the agricultural chores still depend on manual labour. It also involves techniques which are outdated and result in low outputs. The investment in rural areas has been on a low which effectively results in low output and productivity in all kinds of activities.

A capital infusion for a jump in productivity in reference to both agricultural and non-agricultural activities can be achieved by reforming credit and banking system. During the gestation period between sowing and harvesting seasons, farmers need credit to make ends meet, their general needs, initial requirements etc. Additionally, they also need credit to venture into modern agricultural techniques, to buy cattle, land etc.

The Development of Present Credit System 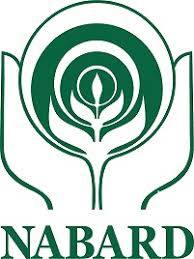 The difference in monetary activities of rural people relative to urban people led to the realization of NABARD (National Bank For Agricultural And Rural Development), in addition to the presence of RBI.

The post-independence period saw exploitation of rural poor in need of credit, by the hands of moneylenders and traders. Loans were granted at very high-interest rates which ultimately pulled defaulters into a debt trap, robbing them out of credit. To stop this exploitation NABARD was established to provide rural areas with easy credit. Although RBI is the national banking apex body, NABARD has been given powers that establish it as the apex banking body in rural India which regulates all the credit and banking activities of rural India.

Although NABARD has been proving to be a step in the right direction, the problem with formal banking system is that some kind of collateral is required. The rural poor in need of urgent credit, don’t generally possess any collateral. Consequently, they are ruled out of the formal banking system. To help such kind of people self-help groups (SHG) emerged on the scene. They are successfully bridging the gap between formal credit system and rural poor.

Such groups dispense small credit to the needy members, who need to provide a minimum sum to the pool initially. Then loans can be taken from the sum collected at very cheap interest rates. For this reason, by March-end 2003, more than seven lakh SHGs were reported operational. Such credit provisions are referred to as micro-credit programmes.

The banking and credit system in rural India has come a long way. With credit available at low-interest rates through operation of NABARD and microcredit generation by the various self-help groups, less poor are falling into the debt trap. After the advent of the green revolution, productivity in agriculture increased manifolds. In essence modern techniques, high yielding variety seeds, sustainable activities etc. have been promoting productivity and output.

But the formal banking system has been proving inadequate in lending to worthwhile borrowers and effective loan recovery. By and large, the number of loan defaulters is rising. The poor are forced to look in direction of informal moneylenders, who exploit them. Hence some changes are required.

The rural banks need to establish a banking relationship with the people and scrap away the image of just money lenders. The banking system in rural India needs a reform, considering the difference in livelihoods of urban and rural people. Leniency on the part of the government in the collection of taxes inculcated a habit of not repaying borrowed amounts among people which needs to be altered. Banks need to educate people about thrift generation and efficient utilization of financial resources to become feasible again.

Q: What are the functions of NABARD?

Ans: NABARD is the main institution for meeting the credit and banking demands in the rural areas of our country. It is responsible for the functioning of rural banks in India. Some of its main functions are