What is the banking system, and what are the laws and customs which regulate and have regulated our Banks? Where does it all start? The business of banking and loaning money at interest has existed from the earliest forms of civilization because it responds to an imperative need of society. It was conducted in Athens, probably in Carthage, and certainly in Rome; but, after the establishment of Christianity, it encountered serious obstacles. Here we will study the history of banking with a special focus on banking in India. Let us see further!

Table of content
1 Suggested Videos
2 Banking In The World – Origin, History and Evolution
2.1 Source and Origin of Modern Banking
2.2 Introduction of coins
2.3 Different Civilization
2.4 Expansion of business and trade
2.5 Various Religions and Religious books
2.6 The contributions of Goldsmith, money-lenders and the businessmen
3 Banking In India
3.1 The Ancient Era
3.2 The Mughal Era
3.3 The British Era
3.4 The Pakistan Era
3.5 The Bangladesh Era
4 Practice Question

Banking In The World – Origin, History and Evolution

The word “Bank” is widely and extensively used and circulated. The “Bank” in English carries the same meaning in
Bengali. The origin of the English word “Bank” came into being (when, where and how) which could not be specifically identified. The history regarding the origin of “Bank”, even after the twelfth century, is not also clear which has been based on guesses. According to some writer, the word “Bank” was derived from “Banco”, “Bancus”, “Banque” or “Banc” all of which means a bench upon which the mediaeval European Money-lenders and Money –Changers used to display their coins.

Source and Origin of Modern Banking

Banking-experts pass their opinion that banking system was introduced from the primitive stages of human civilization in some way or other in the world. While reviewing historical backgrounds of social, economic and religious activities of ages, the origin of modern banking can be better known.

From the ancient times, coins were introduced in different countries as a medium of exchange. So, the banking system was in vogue for preservation and safety of coins. At that time excess residual coins were kept with the religious and local elite persons for the purpose of extending help to the needy poor people. Gradually, this became a profitable business for the businessmen and money-lenders. 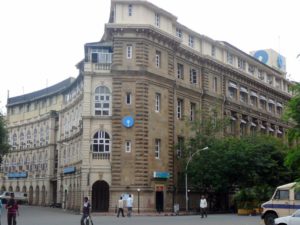 At different stages of human civilization, many pieces of evidence were recorded for the existence of banks and coins. The archaeological symbols are the evidence of this statement. During Indus Civilization (5000-2000) coins were available in Mohenjo-Daro of Pakistan, in Egypt coins were found in the mummy of Pyramid. In Bangladesh coins of the ancient civilization were found at Moynamati of Comilla and Paharpur of Bogra.

Expansion of business and trade

The expansion of business and trade played a vital role in the advancement of modern banking. Because of the fact
that in the middle age Indo- sub-continent, Middle-East and Europe progressed tremendously and thus banking
business improved their smooth functioning of the transaction.

A lot of information regarding banking business was incorporated in the Quran, the Bible, the Vedh and the Mahabharat.

The contributions of Goldsmith, money-lenders and the businessmen

For the growth and development of banking business, the Goldsmiths, Money-lenders (Mahajan) and businessmen had positive roles.

For the growth and development of modern banking, Indo-Pak Subcontinent has a positive role. With the gradual
evolution of ages, banking activities have got momentum. We shall study it in the below sections:

Many Economists and Experts have expressed their opinion that banking business has been going on since ancient
era. Many pieces of evidence are found with the archaeological symbols of Harappa and Mohenjodaro. From different religious scriptures, we find a lot of information regarding modern banking activities.

The banking system has been extensively developed during the Mughal Era. During that time government treasury
was formed. The Govt. introduced gold and silver coins of different denominations named “Ashrafi”. Thus banking
system has been developed. During that period “Seth Family” was world famous. They used to conduct business
through agency house. Among the local bankers Marwari, Multani, Kabuliwala, Sharaf, Chetti etc. are worth a mention. In the seventeenth century, English Tradesmen were involved with them. In 1700, The Hindustan Bank was established as a joint venture bank.

The expansion program of the modern bank started when the English took the power of India. In 1784 the Bengal Bank introduced paper currency notes and gold coins of different denominations. Later, in 1787 General Bank of India, in 1806 Bank of Bengal, in 1840 Bank of Bombay and in 1843 Bank of Madras were set up. With the merging of three banks, the Imperial Bank of India was established in 1920 and in 1935 the Reserve Bank of India came into being.

In 1947 during the separation of India, 639 branches of different banks were the parts of Pakistan. Besides, Head
Offices of Habib Bank Limited and Muslim Commercial Bank Limited were transferred to Karachi. In 1948 the State
Bank of Pakistan was established.

Bangladesh came into being in 1971. Since then a branch of state bank of Pakistan stationed at Dhaka was declared
Central Bank of Bangladesh named as Bangladesh Bank under Special Act. Excepting other banks, Head Offices of
two banks e.g. Eastern Mercantile Bank Limited (1959) and Eastern Banking Corporation Limited(1965) were at Dhaka. They were renamed as Pubali Bank Limited and Uttara Bank Limited respectively. In this country of 14 crores people about 57 banks ( Govt. bank 4; Local private 30; Foreign 12; specialized 7 and others 4) with about 5500 branches and about 1,10,000 officers/staff; are functioning for socio-economic development.

With two banks as above many branches of more than 10 banks were located in Bangladesh. When the Non- Bengali
owners had left the country the disastrous condition of banks in Bangladesh knew no bounds. The fact remains that
most of the bankers and staff were Non-Bengalies. Consequently, the management and control of all such banks were reposed on Bangladesh Government. In 1972 Government, pursuant to President’s Order 26, had nationalized all banks. The banking system of Bangladesh came to a standstill.

Q 1: Choose the incorrect statement out of the following:

A) The expansion program of the modern bank started when the English took the power of India.

C) Mughals had gold and silver coins as their currency.