In the Phrase Replacement sections, a candidate’s knowledge of the English language is put to test. In this section usually, the candidate is asked to replace a phrase from a given sentence. This phrase can be replaced by one of the phrases present in the options. This is a very important section and we will try and do as many examples as we can. Let us begin.

act up: behave or function improperly. Example: I think I need to take my car to the mechanic because it’s acting up again.

add up to: Be equal an amount. Example: The total bill adds up to three thousand rupees.

add up: make sense. Example: His story doesn’t add up. I think he is lying.

ask out: invite on a date. Example: I can’t believe that Joe finally asked me out on a date!

ask over: invite to one’s home. Example: Why don’t we ask the neighbours over for dinner? 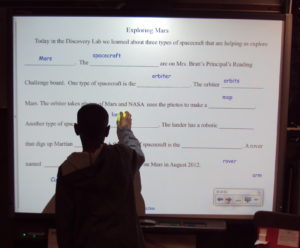 blow up: suddenly become very angry. Example: When Harsh heard the news, he blew up and rushed out of the room.

break down: analyze in detail. Example: We need to break this problem down in order to solve it.

break down: stop working properly. Example: The truck broke down in the desert.

break down: become mentally ill. She broke down after her husband died.

break in: wear or use something new until it is comfortable. Example: I need to break these shoes in before I go hiking.

break in: interrupt. Example: While we were discussing the situation, Terri broke in to give her opinion.

call on: invite someone to speak at a meeting or a classroom. Example: Professor Jim called on Tim to answer the question.

care for: like someone or something. Example: I don’t care for sour cream on my potato.

carry on: continue (a conversation, a game). Example: Please, carry on. I didn’t mean to interrupt you.

catch on: slowly start to understand. Example: He caught on after a few minutes.

catch up: make up for lost time. Example: I will never catch up. I am too behind in my work.

catch up with: speed up to be at the same place as a person or thing in front of you. Example: I had to run to catch up with the others.

catch up on: become up-to-date. Example: I need to catch up on world events.

check by: go to a place to see if everything is OK. Example: We need to check by the office to see if the documents are ready.

die down: diminish in intensity. Example: The controversy about the president’s affair finally died down.

die off/out: become extinct. Example: Whales are in danger of dying off.

disagree with: cause to feel sick due to food or drink. Example: Spicy food disagrees with me.

do away with: abolish. Example: Most rational people want to do away with the death penalty.

do over: repeat. Example: You made many mistakes, so I want you to do the report over.

do without: manage without something one wants or needs. Example: I couldn’t do without a car in California.

draw up: create ( a contract). Example: Let’s draw an agreement up before we go any further with this project.

dress down: reprimand severely. The mother dressed her son down for skipping school.

dress down: dress casually. Example: I am dressing down because we’re going to a barbecue by the beach.

dress up: decorate. Example: You could dress this house up with some bright colors.

dress up: wear elegant clothes. She always dresses up at work.

Now let us see some examples.

Directions: In the following questions, select a suitable replacement for the word in bold.

Answer: The correct sentence will be ” I am used to working hard”. Work hard is a phrasal verb while as hard work is an adjective clause. Hence the correct option is A) working hard.

Answer: The correct sentence is “I can’t hear what she is saying.” So the correct option here is A) hear what.

Ans: A) triggering of