The dictionary meaning of a phrase is “a small group of words standing together as a conceptual unit, typically forming a component of a clause.” Phrases are a group of words that have a known meaning. You may say that Phrases and idioms are the same, but there is a difference. We will learn the difference and use many phrases in the article given below.

Difference Between Phrase and Idiom

Take the set of words that you have been asked to check and see if they make any sense. If the meaning of this group of words is exactly what you infer from the group, then it is a phrase. However, if the meaning is different then it is an idiom. Let us see this with the help of an example.

I: It is raining cats and dogs.

II: I saw a herd of cats and dogs while crossing the road.

Select the correct option that represents the words in the bold alphabet:

A) Both I and II are idioms.

D) They are clauses.

Answer: The answer is obviously C) “Cats and dogs”, is an idiom while as a herd of cats or a heard of dogs is a phrase, but there is a catch here. “Cats and dogs”, is a group of words that has a given meaning! In other words, we say that every idiom can be treated as a phrase but every phrase is not an idiom. 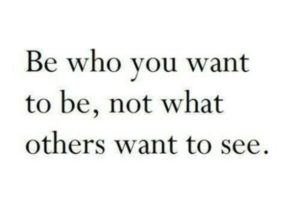 Let us see a few examples of questions that may appear in your paper, based on the concepts of phrases. But first, let us see some commonly used phrases of the banking exams.

Example 1: Read the following sentences and answer the questions that follow at the end.

I: Einsteins’ theory of relativity was a challenge of imagination.

II: We are to meet each other face-to-face.

B) II is a phrase while II is the idiom.

C) They are both phrases.

D) They are both idioms.

Answer: The answer is A) challenge of imagination is a phrase whereas face-to-face is an idiom.

Example 2: What is the meaning of the phrase in bold?

The scientist explained his thesis in the worst way possible. It was all Latin and Greek.

Answer: The phrase “Latin and Greek” is used for something that is very difficult to understand. So the answer here is B) It was difficult.

Q 1: Someone is adding “fuel to fire” if they are:

A) Putting out the fire.

B) Starting a fire.

C) Want a situation, that is bad to get worse.

D) Want to help settle a situation that is very hot.

Ans: C) Want a situation, that is bad, to get worse.

The words in the bold can be best described by the option:

B) The person lives in a deep place.

C) This means the deep secrets of a person.

D) It means the deep feelings of a person.

Ans: D) It means the deep feelings of a person.