Jumbled paragraphs are part of the reading comprehension in the IBPS PO, SO and SBI exams. The questions on Jumbled paragraphs will have a set of sentences that all belong to the same paragraph. The sentences are just not in the order that they should be. There will be hints all spread within the question. Your job is to pick these hints and select the correct order of the sentences.

As we shall see, this section is similar to the other reading comprehension sections. But before we start with an example let us know about the various kinds of sentences in a paragraph. 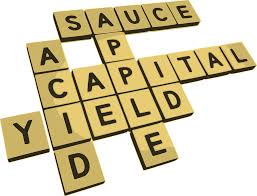 The paragraph thus has to follow a natural order: Topic sentence > Supporting Sentences > Concluding Sentence. Your task will primarily be to spot these sentences. Let us practice with some examples now.

Following are a few examples that we will be answering the Jumbled Paragraphs. In the questions, sentences from I to IV are present. These sentences are all part of a paragraph but do not necessarily fall in the order that they are in. Find the correct order from the options that are given at the end.

I: The main thing that propelled the development of the aeroplanes at such a fast pace was, however, the first and the second world war.

II: An aeroplane was a wonderful invention of its time.

III: But its use as a main means of transport was adopted later only done later.

IV: Some even say that it was one of the greatest inventions of all time.

The correct order of the sentences is:

Answer: The correct option is B) II – IV – III – I. As you can see the topic sentence introduces the aeroplanes as the greatest invention. Now will follow the topic sentences which are IV and II. The I sentence summarises the thought presented in the paragraph.

I: An indefinable suspicion, which he could not explain, made him uneasy.

II: It was this, probably, that prompted him to go to the closet in which he knew that Nicholas Bundy kept a pistol.

III: This ought to have quieted him for the night, but it did not.

IV: At times he placed the pistol under his pillow, but he had not done so to-night, considering it quite unnecessary in a quiet boarding-house.

Thus we see that there are two types of questions in the paragraph jumbling. One is which follows the regular conclusive order. These are usually easier and all you need to do is read a sentence and see if there is anything that is introduced without explanation. For example, a sentence like this “these vehicles were then ordered to be redesigned” can’t be the leading sentence. It has pronouns and terms that are yet to be introduced. A context is missing. So as long as the context is missing, the sentence can’t be the topic sentence.

Q 1: The following sentences are not in order. The correct order is provided in one of the options. Select the correct option from the following options:

I: The explanation of Mr Kenyon’s letter is briefly this.

II: If pushed to extremity he would turn against Kenyon, and make public the conspiracy in which he had joined, together with Kenyon’s motive in imprisoning his wife.

III: He had had an interview with Dr Fox, in which he had so severely censured the doctor that the latter finally became angry and defiant, and intimated.

IV: His visit South had done no good.

Q 2: The following sentences are not in order. The correct order is provided in one of the options. Select the correct option from the following options:

IV: It dislodged the green spectacles from Denton’s nose, and for a moment his eyes were exposed.

II: To Oliver it was fun, but Denton evidently did not relish it.

V: He replaced them hurriedly, but not in time. Oliver’s sharp eyes detected him.

I: The road was a bad one, jolting the vehicle without mercy.

III: At last one jolt came, nearly overturning the conveyance.