In view of the coronavirus pandemic, we are making LIVE CLASSES and VIDEO CLASSES completely FREE to prevent interruption in studies
English > Punctuation > Exclamation Mark- How to use it correctly

I won the lottery!

When there is an extreme emotion, such as excitement, shock, order, admiration, etc. we use the exclamation mark. It is always added at the end of a sentence. In this chapter, we will tell you all about its usage and exceptions. Let’s see some exciting examples to give you an idea of what you are diving into: 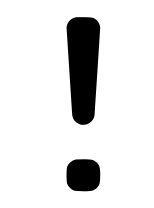 1. When used in direct speech, something is said with shouting or spoken very loudly. Let’s see a few examples to understand this:

2. When used to express a surprise. Let’s see a few examples to understand this:

3. When the sentence expresses excitement or amusement. Let’s see a few examples to understand this:

4. To express disappointment or sadness or remorse or denial, we use an exclamation mark. Let’s see a few examples to understand this:

Note: You will see people using many exclamation marks after a sentence. One does the job enough. There is really no need to use it multiple times unless the tone really demands it. Don’t get influenced by what you see on social media for English grammar.