There was a time when chemists use to smell the compound and sometimes even taste it to identify chemicals. Many people believe that Carl Scheele, Swedish Chemist, died because he tasted a poisonous chemical while experimenting in the lab. Another example is of the famous scientist “Robert Bunsen” who had developed the habit of smelling arsenic as he continuously was exposed to it. Furthermore, the chemical made his tongue black.

Aromatic Hydrocarbons are compounds having sigma bonds as well as delocalized pi electrons in between the carbon atoms present in the ring form. Refer to see the different examples of aromatic compounds containing a benzene ring. A hydrocarbon can be an aromatic compound if it follows the Huckel Rule. According to this rule, a compound can be aromatic if it contains the following distinct properties: 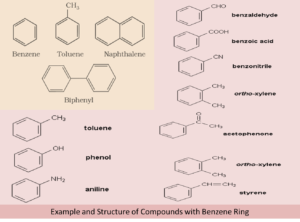 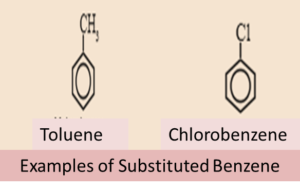 If we consider any “disubstituted benzene”, there is a possibility of the formation of three different position isomers on the basis of substituent’s position in relation to the other. Thus, we use ortho-position to indicate the position of two substituents (1,2-). 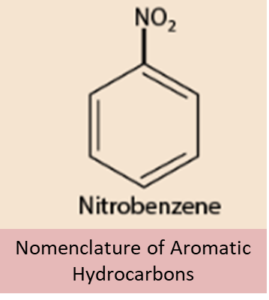 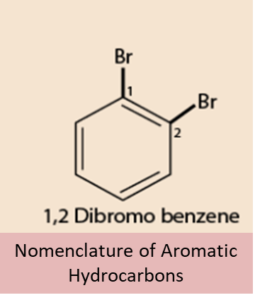 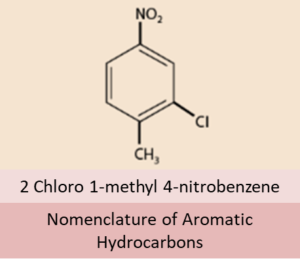 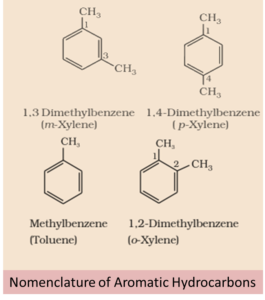 One of the important commercial preparation methods of benzene is by isolation of coal tar. However, the laboratory techniques for preparation of aromatic hydrocarbons are different. 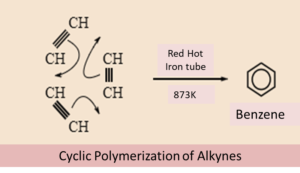 The sodium salt of benzoic acid and soda lime react under heating conditions to produce benzene. 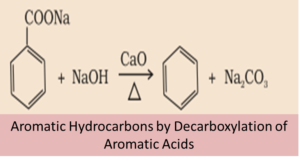 Aromatic Hydrocarbon by Reduction of Phenol

Question 2: Name the compound which undergoes polymerization reaction to produce the compound 1,3,5-trimethylbenzene or mesitylene.