English has always been a funny language! English is the most widely spoken language in the world. But at times can be so very confusing that it truly defies all logic. If you are not careful you can end up in the desert, instead of eating a delicious dessert! One such confusing aspect of English are homonyms. Let us learn more about them.

Homonyms are words in the English language that have the same spelling, and even the same (or very similar) pronunciation, but has two distinctly different meanings. The origin and the syntax of the words will also differ, while the spelling remains the same. You can see how this can be confusing, right?

Let us take an example to showcase this confusion. One just funny sentence, often attributed to American writer and comedians Groucho Marx is as follows, “time flies like an arrow; fruit flies like a banana.” The first ‘flies’ here is a verb and implies the act of flying away fast. The second ‘flies’ is a noun, as in fly the insect.

There are actually two types of homonyms. When the words have the same spelling, and yet have different meanings we call them homographs. here the pronunciations may also differ. Take for example the word “lead”. It can mean to guide or pilot someone or something. It can also be the noun form, lead as in the metal.

Then we have the Homophones. These words have the same sound (pronunciation) but their spellings are slightly different. And they obviously have different meanings. Take for example the word desert and dessert. “Desert” is the barren land or to abandon something. And “dessert” is the sweets we eat at the end of a meal.

Let us now take a look at some examples of homonyms that we use in our vocabulary. It is important to have clarity about the spellings and the meanings of these words so that we use them in the correct syntax. Take a look at the comprehensive list given here, and then let us solve some examples. 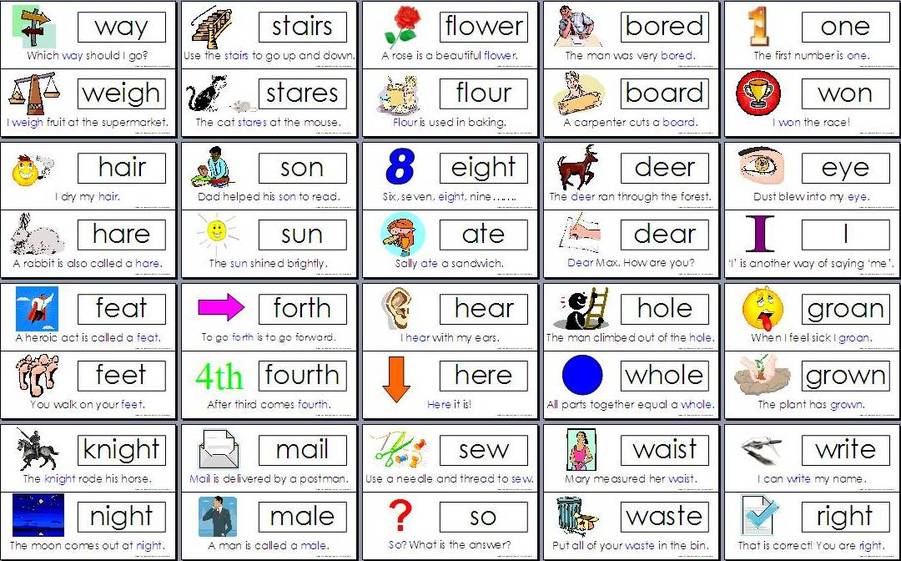 1] Pick the correct homonyms for the given sentences.

Ans: Heir. The king was looking for a successor.

Q: She ____ the ball so far that it landed in the neighbour’s garden. (threw, through)

Ans: Threw. The ball was thrown by her (verb)

Ans: Bear. Bare means naked. Bear in this context means to carry something or some emotion.

Ans: Tow, which means accompanying someone or something. Toe is a body part.

2] Arrange the homonyms in the correct order.

Ans: My dear wife had no idea the deer was heading towards her car.

Ans: John was in a daze for many days after the accident

Ans: The thief had come to steal the diamonds, but the room was protected by a steel door

Share with friends
Previous
Synonyms and Antonyms
Next
Idioms and Phrases