Christmas is a well-known Christian holiday set in December, celebrated the world over and famed for its decorations and Santa Clause. The Christmas means  “Feast day of Christ”.It is a yearly celebration marking Jesus Christ’s birth; it is observed on the 25th of December as a cultural and religious celebration among a lot of people all over the world. Christmas is celebrated in all Christian countries but there are differences in the way each nation celebrates this date. 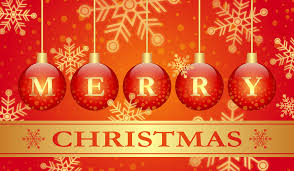 The history of Christmas is one that dates back to a very long time; the first Christmas was celebrated in 336 A.D. in Rome. It played a very important role during the famed Arian controversy that took place in the 300s. During the early years of the middle age, epiphany overshadowed it.

Christmas was brought back to limelight around 800 A.D. when the emperor Charlemagne received the crown on Christmas day. During the 17th century, the Puritans had Christmas banned because it was associated with drunkenness and different other misbehavior.

It was made a proper holiday around 1660 but was still quite disreputable. Around the early 1900s, the Oxford movement of the Anglican Communion church started and this led to the revival of Christmas.

Christmas is a cultural festivity that entails a lot of preparations. It is a public holiday and so people get a Christmas break to celebrate it.

Presents are placed under the Christmas tree in wrapped gift boxes and are not to be opened until Christmas day. The church is also decorated for the special event. Thorough cleaning of the churches is also done to usher in Christmas. Songs and skits to be performed on Christmas day.

People usually spend a lot on Christmas and so saving money for these plans should be the earliest preparation among all these. Families also plan to travel to stay together during this celebration period. Traditionally turkey is the common meal across the world in this day. Cards are also written to friends and family to wish them a happy holiday and to show love.

Christmas carols are played on radios and televisions to mark the day. Most families start by going to church where performances and songs are done. Then later, they join their families to exchange gifts and celebrate with food and music. Happiness during Christmas is like no other.

Homemade traditional plum cakes, cupcakes, and muffins are the special treats on Christmas. Kids are showered with lots of presents and new dresses. They also get to meet the ‘Santa Claus’, dressed in a fluffy red and white costume, who greets them with hugs and gifts.

Christmas reminds us of the importance of giving and sharing with friends and family. Through Christmas, we know that Jesus birth is the beginning of great things in the world. It is generally an opportunity to think about nature and the reason for our existence. Christmas is such a festival which people from all religions and faith celebrate worldwide despite it being a Christian festival. It is the essence of this festival which unites the people so much.