Often in life, you must have heard, ‘don’t judge a book by its cover’. The phrase is self-explanatory and has a deep meaning behind it. It means that we must not underestimate anyone based on their looks. In fact, the deeds and characters of the person matter the most. Thus, don’t judge a book by its cover essay will help us understand its meaning. 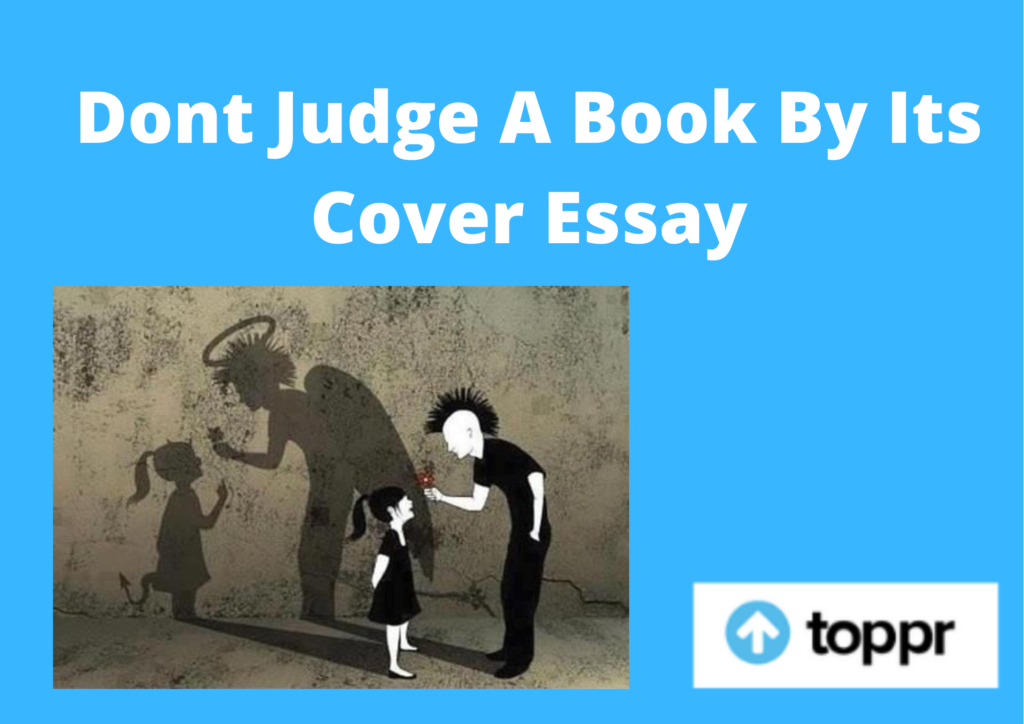 Why Should We Never Judge a Book by Its Cover

There are many reasons why we must never judge a book by its cover. This first one is that you know nothing about someone just by their outward appearance. It should never be the judge of someone’s character.

For instance, if you look at a good-looking person, you can only see their skin colour, physical traits, and maybe fashion. But what about beyond that? You cannot solely make up your mind on their outward appearance.

What if the good-looking person turns out to be horrible in nature? What if they lack any real talent or skill? Thus, you see how outward appearances can be misleading. They are basically valueless things so never judge someone on their face value.

On the other hand, something which may not possess beautiful features may have much more value than something beautiful. In other words, the appearance of someone is not equivalent to their worth. Thus, we must judge the person on the basis of their personality and capabilities and not merely external appearance.

To help you understand the phrase better, let us take a look at a story with the same moral. Once, there was a woman who was going on a train journey but forgets her wallet at home. While waiting for the train, she goes to a restaurant.

With the little change she has left, she orders the cheapest meal, a plate of rice and goes to the washroom. Upon returning, she notices a shabbily-dressed man sitting on the table eating from the plate of rice.

This infuriates her thinking he stole her plate but she does not say anything. She starts to eat from the same plate out of spite. The man gets up and leaves. However, soon the lady realizes that she left her belongings on another table.

Conclusion of Don’t Judge a Book by Its Cover Essay

To conclude, it is not right to assess people on the basis of their appearance. Some people take a look at the cover of a book and feel that the designer colour and fancy text may mean it is better than a plain book. However, that does not happen, the inside of the book maybe not what you expected, so never judge a book or person by its cover.

FAQ of Don’t Judge a Book by Its Cover Essay

Question 1: Why you should not judge a book by its cover?

Answer 1: We must never judge a book by its cover as looks can be deceptive. Forming opinions solely on the basis of seeing the surface is wrong. It is because after taking a deeper look can we understand what the other person is.

Question 2: Who first said Don’t judge a book by its cover?

Answer 2: This phrase attributes to a 1944 edition of the African Journal American Speech which said ‘You can’t judge a book by its binding’. It went on to gain more popularity in the 1946 murder mystery ‘Murder in the Glass Room’ which stated ‘You can never tell a book by its cover.

Share with friends
Previous
Drought Essay
Next
Essay On Moon