Baseball is a bat-and-ball game that two opposing teams play. To put it into simpler words, it is one of the most loved games of America. It is as big as cricket in India. Americans are crazy about this game. Therefore, one might wonder what makes this game such a big hit amongst Americans? This essay will aim to clear that by describing the game. 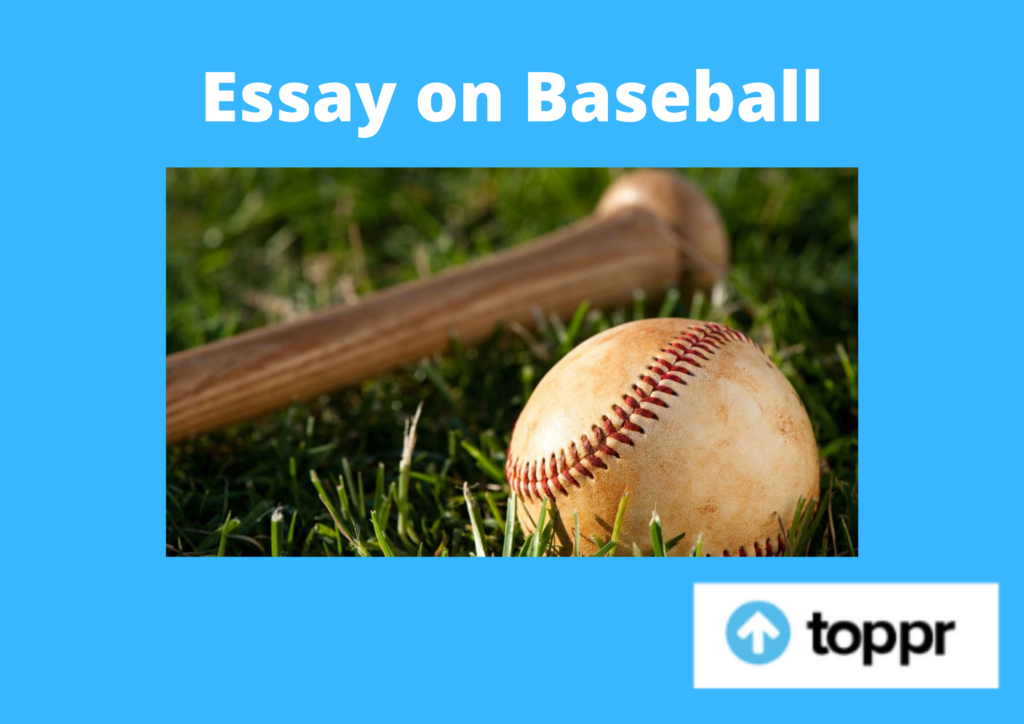 There are nine periods of play in a baseball game. Each of these periods is known as an inning. Similarly, when an inning ends, the team with the highest runs becomes the winner. In this game, the pitcher will throw a ball towards the batter who will be playing from the opposing team.

The batter will attempt to hit the ball into the field. When they hit the ball and run around a series of bases, they will score runs. However, this must be done before a field player puts them out.

So, you see that it might look like just any other ball game. It has a ball, bat as well as players. But, the people of America don’t consider it just that. They do not wish to bring this game down to simply as a ‘hit and run’ game.

While a five-year-old child will easily understand the meaning of this game, there also lies a subtlety. This very same subtlety is what attracts older people as well. While some may find it to be slow, Americans believe that the slow pace is what makes it interesting.

Baseball- Not Just a Sport but a Passion

Baseball is not simply a sport for people, especially Americans. It is much more than that, it’s their passion. If people are not watching it live, they’re watching it in pubs or at their homes. The sound of the cracking gloves and ball hitting the bat is like a melody to the fans of the sport.

The game which entertains most people is that has a low score or no score until late in the game. Moreover, the homerun is one of the most anticipated events of the match. The home run is not simply about the great hit but also the speedy running and sacrifice.

In other words, this game gives an adrenalin rush to Americans. You can view it as an opera. The buildup is quite systematic that will occupy you till the very end. The climax is the ultimate reward which is incomplete without a slow buildup.

Alternatively, it is also about strategy. For a lot of Americans, it is a tradition. People spend time with their loved ones at baseball games. Kids look forward to going to the games with their fathers.

Moreover, it also has the ability to bring an end to long-time rivalries. All in all, it’s about the great feeling it brings for one and all. Baseball got its community status from Americans only. Thus, it went on to achieve a national identity.

Everything ranging from baseball caps to tee shirts is a common sighting in America. In New York, there is a Baseball Hall of Fame that is known for immortalizing the great players of the game from the past to the present.

Thus, the game is all about passion. It can make a passerby standstill on their feet to watch the homerun. Similarly, it can diminish rivalries and bring people together. It is a passionate game with passionate fans.

FAQ on Essay on Baseball

Question 1: Where is Baseball most popular?

Answer 1: Baseball has the most popularity in the United States. The people are ardent lovers of the game in America and have made it a popular game.

Question 2: Baseball is the national game of which country?

Answer 2: It is the national game of the Dominican Republic.