Black Money is the money on which income tax is not paid. This money is earned through corrupt practices and not declared fearing legal action. Black money is collected by corrupt officials, politicians, businessmen, criminals, smugglers and any other individual trying to evade taxation. Thus, Black money is one of the major drawbacks in a nation’s growth. 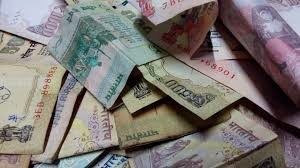 There are various sources of generating black money one of them is the government sector. Corrupt government officials authorized to make policy and financial decisions and get perks/bribe in return. This money obviously cannot be declared and is purposely hidden from the tax net; though, it is invested in a new venture through shell companies or money laundering.

Thus, the money which should be taxed and the taxed amount utilized for public welfare schemes, escapes the tax agencies, having a deteriorating effect on the overall economic health of a nation. Transfer Mispricing is the process by which private firms generate black money.

The logic used in this method is to manipulate the price of the transaction between two parties, so as to deceive tax agencies and benefit both the parties. Though the money is not earned by dishonest means, it is purposely hidden from tax authorities to evade taxation and is still considered black money. Anti-national, anti-social and criminal activities are also the sources of black money. Anti-national activities also mainly depend on black money.

Collection of black money by some corrupt individuals, damages the economic growth of the nation, as the money hidden from tax agencies. The government can use Crores of rupees of tax for public welfare schemes like building schools, colleges, hospitals, and roads, etc.

Black money not only weakens the economy of a nation but also widens the economical gap by making rich richer and poor poorer. A large amount of black money also pollutes the social structure of a nation and adversely affects the functioning of government agencies.

Black Money is earned by dishonest means. Generally, people use it to bribe government officials and other relevant agencies, in exchange for a certain favor. This corrupts the whole government machinery and reduces peoples’ trust in government and administration. Black money increases the purchasing power of people, which results in higher prices of thing.

As a result of the increase in the price of things put a strain on the pocket of the common man, while it hardly affects those who have black money. This widens the gap between rich and poor, by making the poor poorer.

The government of India had from time to time announced a voluntary disclosure scheme for people who have stacked black money as a measure to counter black money. These schemes pressurized them to declare their money and other illegal assets and to pay the tax. We should take a  resolution not to bribe any government official for personal gains.

By taking a pledge to not take any illegal path for small or big matter, will definitely improve the nation’s social and economic health. One of the major steps taken by the government of India to counter black money was demonetization. It stands for stripping a particular denomination currency, as illegal.

In demonetization, the black money accumulated by anyone, instantly loses its worth, leaving the holder with no option but to exchange it by declaring it to the bank or discard it.

To counter black money, there is a need for stricter laws to punish someone who illegally evades taxation. People having a huge amount of undeclared money, they use it to bribe officials, escaping from punishment. There is an urgent need to remove such existent loopholes in present laws and also to make and implement new stricter laws.

Black money severely affects the progress of a nation and generate economic and social imbalance. Money earned by illegal means slowly corrupts the whole system. It leaves a nation in a state of economic and social disturbance. It is a fight that no government can fight alone. The people also must be cooperative and vigilant to fight against any kind of financial fraud or illegal activities. Also, it is the duty of the people to immediately report any information about any kind of illegal transactions to the concerned authorities.