Acquired Immune Deficiency Syndrome or better known as AIDS is a life-threatening disease. It is one of the most dreaded diseases of the 20th century. AIDS is caused by HIV or Human Immunodeficiency Virus, which attacks the immune system of the human body. It has, so far, ended more than twenty-nine million lives all over the world. Since its discovery, AIDS has spread around the world like a wildfire. It is due to the continuous efforts of the Government and non-government organizations; AIDS awareness has been spread to the masses. 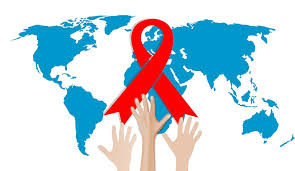 The cause of AIDS is primarily HIV or the Human Immunodeficiency Virus. This virus replicates itself into the human body by inserting a copy of its DNA into the human host cells. Due to such property and capability of the virus, it is also known as a retrovirus. The host cells in which the HIV resides are the WBCs (White Blood Cells) that are the part of the Human Immune system.

HIV destroys the WBCs and weakens the human immune system. The weakening of the immune system affects an individual’s ability to fight diseases in time. For example, a cut or a wound takes much more time to heal or the blood to clot. In some cases, the wound never heals.

HIV majorly transmits in one of the three ways – Blood, Pre-natal and Sexual transmission. Transfusion of HIV through blood has been very common during the initial time of its spread. But nowadays all the developed and developing countries have stringent measures to check the blood for infection before transfusing. Usage of shared needles also transmits HIV from an infected person to a healthy individual.

As part of sexual transmission, HIV transfers through body fluids while performing sexual activity. HIV can easily be spread from an infected person to a healthy person if they perform unprotective sexual intercourse through oral, genital or rectal parts.

Pre-natal transmission implies that an HIV infected mother can easily pass the virus to her child during pregnancy, breastfeeding or even during delivery of the baby.

Since HIV attacks and infects the WBCs of the human body, it lowers the overall immune system of the human body and resulting in the infected individual, vulnerable to any other disease or minor infection. The incubation period for AIDS is much longer as compared to other diseases. It takes around 0-12 years for the symptoms to appear promptly.

Few of the common symptoms of AIDS include fever, fatigue, loss of weight, dysentery, swollen nodes, yeast infection, and herpes zoster. Due to weakened immunity, the infectious person falls prey to some of the uncommon infections namely persistent fever, night sweating, skin rashes, lesions in mouth and more.

Till date, no treatment or cure is available for curing AIDS, and as a result, it is a life-threatening disease. As a practice by medical practitioners, the best way to curb its spread is antiretroviral therapy or ART. It is a drug therapy which prevents HIV from replicating and hence slows down its progress. It is always advisable to start the treatment at the earliest to minimize the damage to the immune system. But again, it is just a measure and doesn’t guarantee the cure of AIDS.

AIDS prevention lies in the process of curbing its spread. One should regularly and routinely get tested for HIV. It is important for an individual to know his/her own and partner’s HIV status, before performing any sexual intercourse activity. One should always practice safe sex. Use of condoms by males during sexual intercourse is a must and also one should restrict oneself on the number of partners he/she is having sex with.

One should not addict himself/herself to banned substances and drugs. One should keep away from the non-sterilized needles or razors.  Multiple awareness drives by the UN, local government bodies and various nonprofit organizations have reduced the risk of spread by making the people aware of the AIDS – spread and prevention.

Life for an individual becomes hell after being tested positive for AIDS. It is not only the disease but also the social stigma and discrimination, felling of being not loved and being hated acts as a slow poison. We need to instill the belief among them, through our love and care, that the HIV positive patients can still lead a long and healthy life.

Though AIDS is a disease, which cannot be cured or eradicated from society, the only solution to AIDS lies in its prevention and awareness. We must have our regular and periodical health checkup so that we don’t fall prey to such deadly diseases. We must also encourage and educate others to do the same. With the widespread awareness about the disease, much fewer adults and children are dying of AIDS. The only way to fight the AIDS disease is through creating awareness.