500 Words Essay on Pollution Due to Firecrackers

Firecrackers have become a common thing nowadays; in fact, special events are now incomplete without bursting them. Everyone loves the spectacular visions and colours in the sky. Moreover, the bangs and fizzes it creates are loved by people. However, all this show is only stunning to look at. The impact it has on the environment and the health of the people is worrisome. We need to take measures to control the use of firecrackers so we do not hamper the ecological system and lives of living beings. 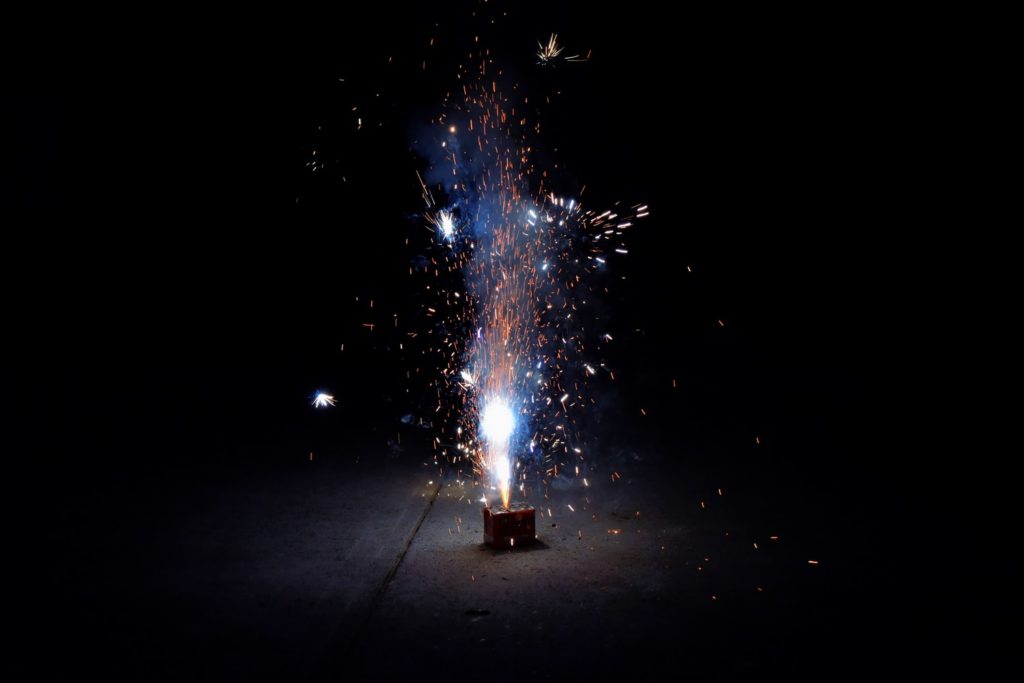 Causes of Pollution Due to Firecrackers

There are various times when firecrackers are burned in excess. It mainly happens to celebrate something or the other. The festival of Diwali is a great contributor of pollution due to firecrackers. At this festival, people all over especially in India burst loads of firecrackers to celebrate it. However, what they do not realize is that the harm it is causing to the others. Air pollution and noise pollution soars high during this time.

Moreover, wedding celebrations are also a great cause of pollution due to firecrackers. People burst all sorts of firecrackers during the wedding day and in other events before that to celebrate the big day. Each day hundreds of weddings take place and thus millions of firecrackers get burst round the year.

Furthermore, commercial events like cricket matches and product launch also use firecrackers to celebrate. Similarly, New Year ’s Eve is also filled with firecrackers. It is almost like bursting firecrackers has become a tradition of showing your happiness.

Impact of Pollution Due to Firecrackers

Firecrackers have a major impact on the quality of life of living beings as well as the environment. It contributes largely to air pollution. The fireworks in the air release great amounts of toxins in the air. It worsens the air quality and makes it toxic as well as full of smog.

Furthermore, firecrackers also pose serious health hazards to living beings. It results in respiratory disorders, hormonal imbalances and more. Moreover, it also impacts the mental health of a person. The great level of noise raises the anxiety levels and also causes panic attacks. People lose their sleep due to it and also cause hyperventilation.

Most importantly, the bursting of firecrackers is very dangerous to birds and animals. It is a big torture to them as they have sensitive hearing. The loud levels of noise also cause deafness in some of the animals. The continuous sounds and noises of the firecrackers are enough to scare them. The pets at least have the option to hide in their homes, the stray animals have nowhere to go during this time.

For instance, some inhuman people even mess with the poor strays during such times. They tie firecrackers to their tail and do it for fun. Not caring about what their fun costs to those poor animals. The birds also get impacted badly. The bright light can disorient or blind them.

FAQs on Pollution Due to Firecrackers

Q.1 What are the effects of pollution due to firecrackers?

Q.2 What are the causes of pollution due to firecrackers?

A.2 Firecrackers have become so common now that any function is now incomplete without bursting them. Diwali is a major festival when firecrackers are burned endlessly. Special events like weddings and functions also call for the bursting of firecrackers.