Ever since a long time, we have seen man believe in some kind of power unseen. Even though they can’t see it, they feel it is present and working. This is what gives rise to superstitions. They are unreasonable and irrational but they still exist all over the world. Through essay on superstition, we will go through it in detail. 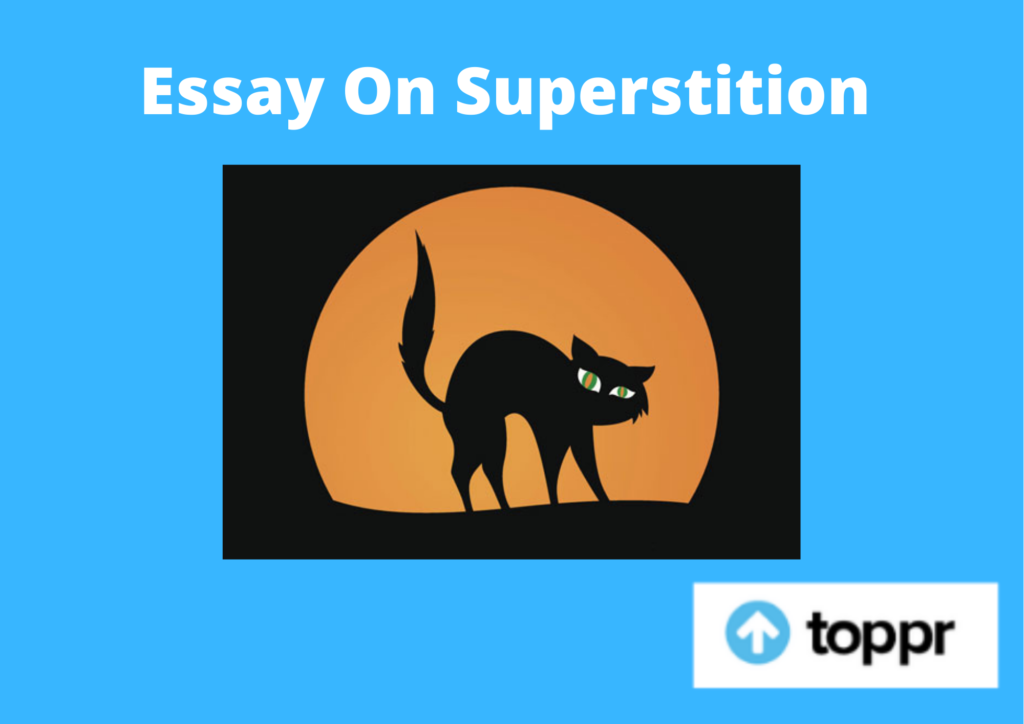 The man started to believe in superstitions when he got a feeling that humans are at the mercy of natural elements. Similarly, some superstitions were also created because of social values. As a result, people worship forces of nature for a long time.

The Greeks and Pagans used to worship elements of nature in the form of Gods and Goddesses. Same is the case with Indian tradition. People continue to worship the sun, moon, stars, planets, plants and more believing these things have the power to influence our lives.

You might have heard ‘it is because of the impact of some evil star’ and more when a disease overtakes or disaster strikes. Even the people in the West have been believing in them. You will find instances in Shakespeare’s plays where he includes things like omens, witches and more.

India has a long history of superstitions. There are many superstitions which people in this country follow. When someone sneezes during the time of departure, people consider it unlucky.

Similarly, when you hear long mewing of a cat, people consider it a bad omen. Alternatively, offering curd before the start of any journey is auspicious. A group which follows superstitions a lot are students appearing for an examination.

Weeks before exams, the visit to temples starts to grow. Some of the students also get a taveez with a lucky stone to help them out. Further, some students place their stationery for the exam in the prayer room.

Most common superstitions include not cutting nails at night, not using the broom after sunset, not opening the scissors without cutting anything, not looking at oneself in a broken mirror and many more.

Even some political leaders in India believe in superstitions. For instance, they wait for an auspicious day to file their nomination or take an oath. In other words, even in the highest places, people do follow superstitions.

Conclusion of the Essay on Superstition

If we look at it closely, there is no logic as such behind the beliefs in superstitions. However, they have grown age-old and despite all the scientific advancement, they are not going anywhere soon. However, it is better to subject ourselves less to them otherwise each moment of our life will be on the edge.

FAQ of Essay on Superstition

Question 1: What are some superstitions followed in India?

Answer 1: In India, people consider the black cat crossing the way to be unlucky. Similar is the case of an owl hooting or a dog wailing. Indians also offer curd before the start of a journey.

Question 2: What is the importance of superstition?

Answer 2: For several people, engaging with superstitious behaviours offers a sense of control and eases anxiety. This is why levels of superstition rise at times of stress and angst. This is mostly the case during times of economic crisis and social uncertainty notably wars and conflicts.