Untouchability is the practice of discriminating various individuals and groups based on their cast and the jobs done by them. Untouchability is practiced for a very long time. It works on the Indian caste system hierarchy. The untouchables usually bear inhuman treatment because they belong to the lower caste. They have been going through various kinds of discrimination in almost all places. 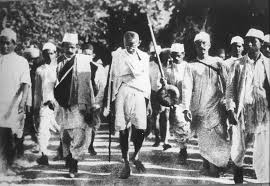 History of Untouchability in India

The term Dalit for the untouchables is derived from the Sanskrit which means broken or downtrodden. Some people believe that the system of untouchability only prevails in India but it is also prevalent in other countries such as Japan, Tibet, and Korea.

The castes have been derived from Vedic texts which divide people into four major groups: Brahmans – Priests and elite people, Kshatriyas – Warriors, Vaishyas – Small Businessmen and Merchants, Shudras –Sanitary workers. Thus, these differences in the people of ancient India were mostly based on caste and profession of the people.

Struggles for the Abolishment of Untouchability

After fighting for years against exercising dominance over the oppressed class, the practice of untouchability still has its marks in many societies around us. Even educated people follow these practices.

Dr. Bhimrao Ambedkar and Mahatma Gandhi were among the prominent leaders who fought very hard for the abolition of the practice of untouchability. Thus, the hard work of such people gave a rightful chance to the Dalits to prove themselves and enhance the chance of equality, harmony, and brotherhood in the society.

Amendments in the Constitution

After several movements and struggles to abolish the practice of untouchability, laws were made in the constitution to accommodate the interests of the oppressed classes. Article 17 of the Indian Constitution abolished untouchability and declared it as a punishable act.  According to this, no one can restrict the Dalits or Harijans from entering temples, streets, buses, etc. They are free to use all public services with respect and dignity. Also, no one can refuse from selling anything to the Dalit people.

The government also gives reservation to these castes. Reservation means that a certain percentage of places in government colleges and jobs are reserved for the people from lower classes. It, therefore, ensures that their oppression in the past does not affect the progress of their present and their future. The reservation also aims at providing them a fair chance of education which is beneficial for them along with their families and generations to come.

Today the view of untouchability is different from ancient India. People are becoming more aware and are adapting to rational thinking. In spite of the constitutional amendments; untouchability, and caste discrimination still prevail in society. The politicians use this to increase their vote bank and gain power in the government.

All people are equal in the eyes of law. We shall not discriminate and dominate others on the basis of their caste. We should teach our children about the importance of sensibility, generosity, and equality with all people.  The Dalits face discrimination majorly because of their jobs such as cleaning public areas etc. Basically, we shall respect them the most as they keep our society clean and healthy. Therefore, the young generation should take charge and fight for its complete abolition.