Francis Bacon is a major figure in early British literature. Furthermore, this man has proven to be instrumental in the development of the Scientific Revolution in the late 18th century even though his demise took place centuries before. Furthermore, experts of the English language hold Francis Bacon essays in high esteem. 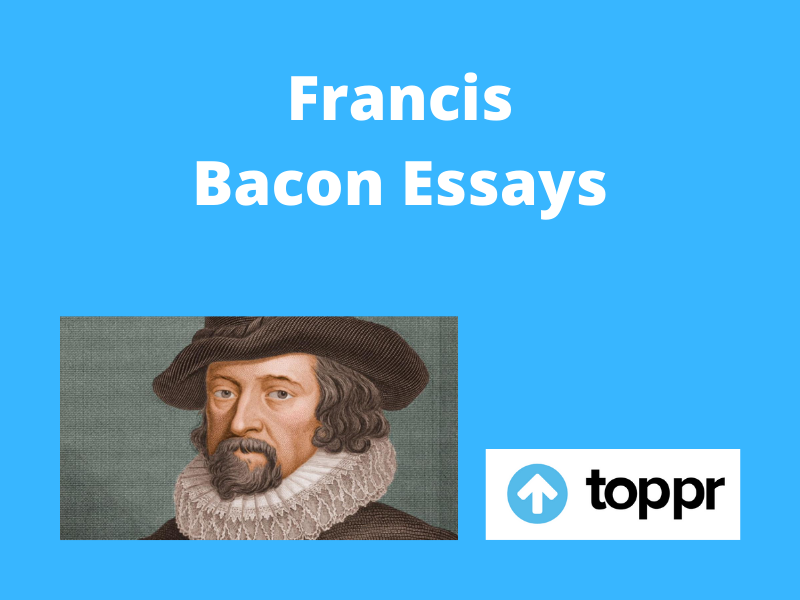 Francis Bacon, in writing, made use of metaphors, analogies, and vivid imagery. Furthermore, he was a rhetorical professional writer.  Also, the essays of Francis Bacon highlight his incisive mind and his wisdom.

Francis Bacon essays rely heavily on ancient Roman wisdom through the use of axioms and proverbs. Additionally, Bacon uses wit to get his point across to his target audience. Also, the use of wit makes readers reflect on their own values and beliefs.

Terseness and epigrammatic force are the key aspects of Francis Bacon essays. Furthermore, Bacon is a man who is able to pack all of his writings into statements that are brief and quick. Moreover, in this way, Bacon is able to deepen the impact of his work.

Francis Bacon made use of a wide range of styles of writing for his essays. Furthermore, such styles range from the plain and unadorned to the epigrammatic. Also, Francis Bacon essays cover topics from both public and private life.

Experts remember Francis Bacon primarily for the “scientific method” as a way of establishing the truth from the false perception. Furthermore, this method is still very popular. Bacon’s primary focus in his writings involves the practice of inductive reasoning, which according to him was a complement to practical observation.

There was a deviation of Francis Bacon essays writing from the typical Ciceronian style of the time. Furthermore, the characteristics of the Ciceronian style were forceful presentation, clarity, and melodious language. Most noteworthy, the reason why his statements are meaningful is that they go straight to the point without any unnecessary details.

The brevity of his ideas makes possible an efficient communication of his arguments. This was certainly significant at the time because it was difficult to attain meaningful education. Therefore, Francis Bacon essays were useful in spreading the notion of solid and meaningful education, which would eventually prove useful during the Scientific Revolution.

Answer 1: The writing style of Francis Bacon revolves around the usage of metaphors, analogies, and vivid imagery. Furthermore, the man is not restricted to one strict writing style but rather writes in a wide range of styles. Moreover, his writing styles range from the plain and unadorned style to the epigrammatic style.

Question 2: Explain the relevance of wit in Francis Bacon essays?

Answer 2: Francis Bacon essays are characterized by the use of wit. Furthermore, Bacon makes use of wit as a way of clearly explaining his point to his audience. Moreover, the result of this is that the reader tends to reflect on his or her own beliefs and values.