Equality or non-discrimination is that state where every individual gets equal opportunities and rights. Every individual of the society yearns for equal status, opportunity, and rights. However, it is a general observation that there exists lots of discrimination between humans. Discrimination exists because of cultural differences, geographical differences, and gender. Inequality based on gender is a concern that is prevalent in the entire world.  Even in the 21st century, across globe men and women do not enjoy equal privileges. Gender equality means providing equal opportunities to both men and women in political, economic, education and health aspects. 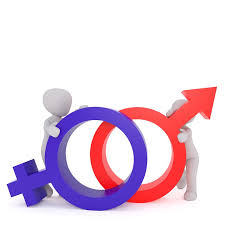 A nation can progress and attain higher development growth only when both men and women are entitled to equal opportunities. Women in the society are often cornered and are refrained from getting equal rights as men to health, education, decision-making and economic independence in terms of wages.

The social structure that prevails since long in such a way that girls do not get equal opportunities as men. Women generally are the caregivers in the family. Because of this, women are mostly involved in household activities. There is lesser participation of women in higher education, decision-making roles, and leadership roles. This gender disparity is a hindrance in the growth rate of a country. When women participate in the workforce increases the economic growth rate of the country increases. Gender equality increases the overall wellbeing of the nation along with economic prosperity.

How is Gender Equality Measured?

Gender equality is an important factor in determining a country’s overall growth. There are several indexes to measure gender equality.

Gender Empowerment Measure (GEM) – This measure includes much detail aspects like the proportion of seats than women candidates hold in national parliament, percentage of women at economic decision-making role, the income share of female employees.

As per the World Economic Forum’s gender gap ranking, India stands at rank 108 out of 149 countries. This rank is a major concern as it highlights the immense gap in opportunities in women with comparison to men. In Indian society from a long time back, the social structure has been such that the women are neglected in many areas like education, health, decision-making areas, financial independence, etc.

Another major reason, which contributes to the discriminatory behavior towards women in India, is the dowry system in marriage.  Because of this dowry system, most Indian families consider girls as a burden.  Preference for son still prevails. Girls have refrained from higher education. Women are not entitled to equal job opportunities and wages. In the 21st century, women are still preferred gender in home managing activities. Many women quit their job and opt-out from leadership roles because of family commitments. However, such actions are very uncommon among men.

For overall wellbeing and growth of a nation, scoring high on gender equality is the most crucial aspect. Countries with less disparity in gender equality have progressed a lot. The government of India has also started taking steps to ensure gender equality. Several laws and policies are prepared to encourage girls. “Beti Bachao, Beti Padhao Yojana” (Save girl, and make girls educated) campaign is created to spread awareness of the importance of girl child.  Several laws to protect girls are also there. However, we need more awareness of spreading knowledge of women rights. In addition, the government should take initiatives to check the correct and proper implementation of policies.