For many years, the dominant gender has been men while women were the minority. It was mostly because men earned the money and women looked after the house and children. Similarly, they didn’t have any rights as well. However, as time passed by, things started changing slowly. Nonetheless, they are far from perfect. Gender inequality remains a serious issue in today’s time. Thus, this gender inequality essay will highlight its impact and how we can fight against it. 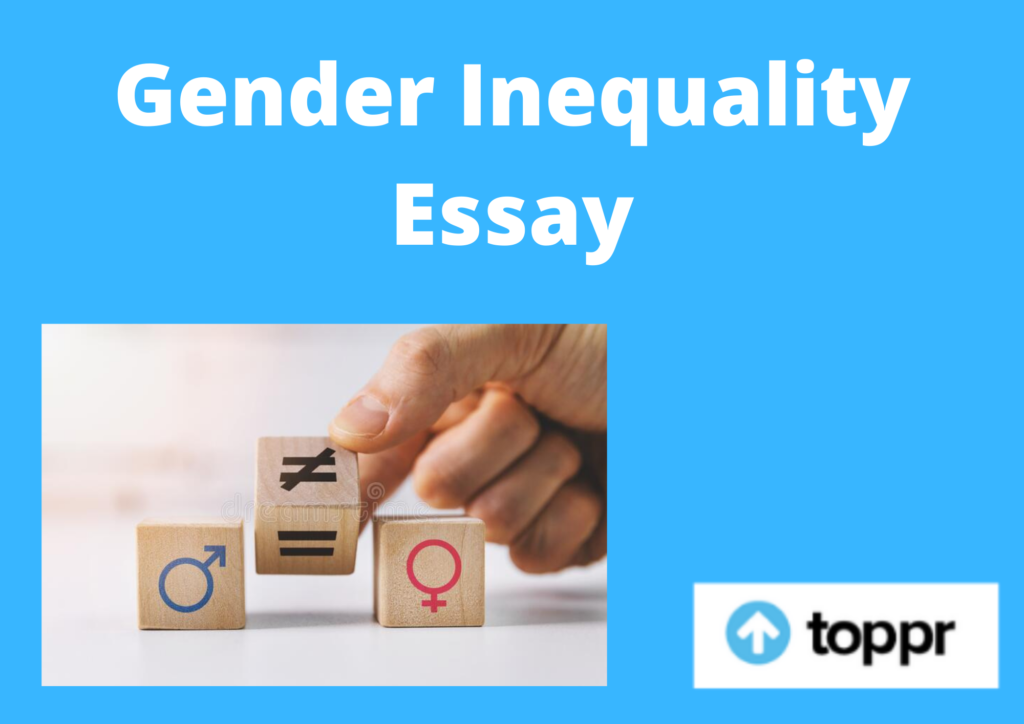 Gender inequality refers to the unequal and biased treatment of individuals on the basis of their gender. This inequality happens because of socially constructed gender roles. It happens when an individual of a specific gender is given different or disadvantageous treatment in comparison to a person of the other gender in the same circumstance.

The biggest problem we’re facing is that a lot of people still see gender inequality as a women’s issue. However, by gender, we refer to all genders including male, female, transgender and others.

When we empower all genders especially the marginalized ones, they can lead their lives freely. Moreover, gender inequality results in not letting people speak their minds. Ultimately, it hampers their future and compromises it.

History is proof that fighting gender inequality has resulted in stable and safe societies. Due to gender inequality, we have a gender pay gap. Similarly, it also exposes certain genders to violence and discrimination.

In addition, they also get objectified and receive socioeconomic inequality. All of this ultimately results in severe anxiety, depression and even low self-esteem. Therefore, we must all recognize that gender inequality harms genders of all kinds. We must work collectively to stop these long-lasting consequences and this gender inequality essay will tell you how.

How to Fight Gender Inequality

Gender inequality is an old-age issue that won’t resolve within a few days. Similarly, achieving the goal of equality is also not going to be an easy one. We must start by breaking it down and allow it time to go away.

Firstly, we must focus on eradicating this problem through education. In other words, we must teach our young ones to counter gender stereotypes from their childhood.

Similarly, it is essential to ensure that they hold on to the very same beliefs till they turn old. We must show them how sports are not gender-biased.

Further, we must promote equality in the fields of labour. For instance, some people believe that women cannot do certain jobs like men. However, that is not the case. We can also get celebrities on board to promote and implant the idea of equality in people’s brains.

All in all, humanity needs men and women to continue. Thus, inequality will get us nowhere. To conclude the gender inequality essay, we need to get rid of the old-age traditions and mentality. We must teach everyone, especially the boys all about equality and respect. It requires quite a lot of work but it is possible. We can work together and achieve equal respect and opportunities for all genders alike.

Question 1: What is gender inequality?

Answer 1: Gender inequality refers to the unequal and biased treatment of individuals on the basis of their gender. This inequality happens because of socially constructed gender roles. It happens when an individual of a specific gender is given different or disadvantageous treatment in comparison to a person of the other gender in the same circumstance.

Question 2: How does gender inequality impact us?