Television has become a crucial part of our lives now. It not only impacts our social life but also our educational life. Just as newspapers and computers are significant modes of communication, Television also counts as one. With a television, you can connect to the world outside. Moreover, it is also important in influencing our personal and public lives. However, with the benefits, there are also some disadvantages. Thus, it must be consumed within a limit. This television essay will elaborate on the same points. 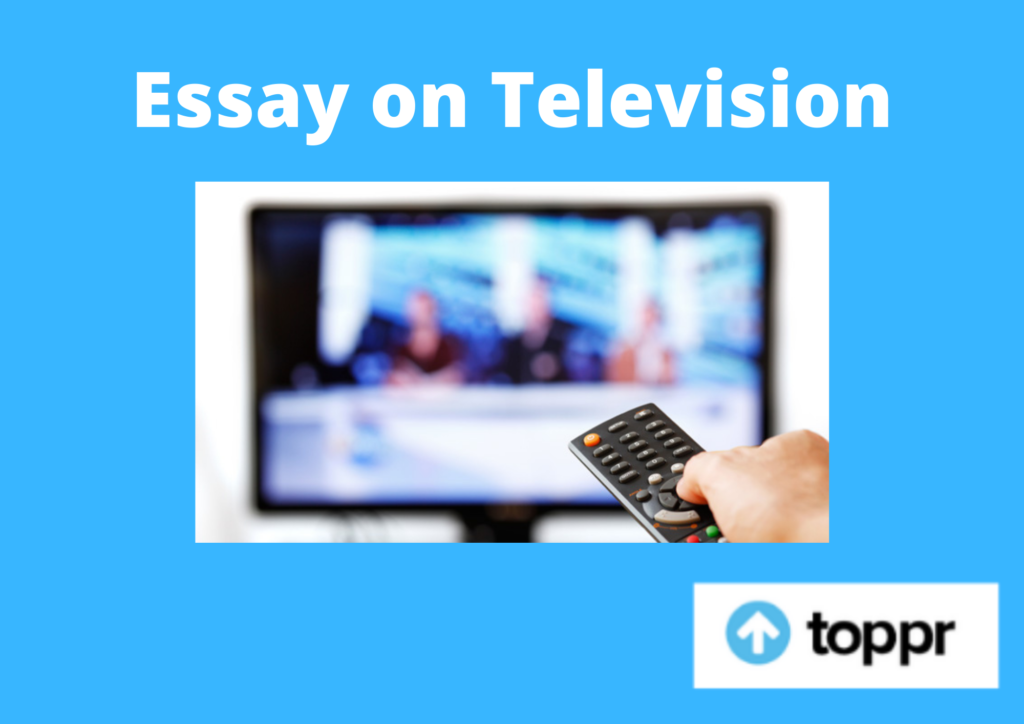 Television is definitely one of the most important electronic devices with a screen. It helps us in receiving information. Further, we also get entertained by it and get rid of boredom.

Most importantly, it plays a significant role in distributing news and information. News channels are a great source of information about the current happenings in the world. Similarly, television programs also teach us a lot of things.

For instance, we learn about the rich civilizations and historical sketches via historical channels. Similarly, when we are alone, it acts as a great source of entertainment. In addition, we also get to learn about many cooking recipes.

Television helps us raise the capacity of our minds. You can learn a trick or two from it to solve your daily problems. It also instils creativity in people. Further, watching information channels equip us with facts and concepts.

There are also motivation programs on television. They serve as inspiration for many to achieve success in a number of fields. Apart from that, we also get laughter therapy from television.

Watching comedy shows and movies allow us to laugh freely. On the other hand, people who are religious and spiritual also benefit from it. They get access to spiritual and religious messages to nourish their souls.

Television Essay- Why You Must Limit the Time

As the younger generations are growing up with electronics, it has become important to limit their time with these gadgets. You see all the time they are glued to phone screens or television.

It is no less than a nightmare for parents as it harms their brains. When you get used to watching the glowing screens constantly, nothing will interest you. Moreover, parents also allow their children to stare at the screens blankly to get entertainment.

This takes away their time of playing outside or spending time with their loved ones. When the children will play outside or mingle with others, they will be able to develop their social skills, gross motor skills and language.

Watching television only will not help them do that. Therefore, it is important to limit the time of television watching especially for children. This can help them greatly in the long run and give them a better life.

To conclude the television essay, while television has numerous benefits, it also comes with its fair share of disadvantages. Thus, we must ensure that our children create the perfect balance between watching TV and doing other things. This way, they can get the best of both worlds.

FAQ of Essay on Television

Question 1: Why is television important?

Answer 1: Television is a great source of entertainment. Moreover, it also provides us with valuable information about the world. It also helps us stay in touch with the outside world.

Question 2: Why should we limit the time of television?

Answer 2: It is essential to do that especially for children so they can develop their social skills and gross motor skills better. Watching too much television will also hamper their eyesight. Thus, it must be consumed within a limit.