Of Mice And Men Essay– It is a story of two migrant workers that got displaced. In addition, they wander from place to place in California in search of a job during the Great Depression of the United States. Besides, the writer added some of his experience in too when he used to work as a farmworker in his childhood. Moreover, it is a story of tragedy and mishap in the life of these two poor friends. 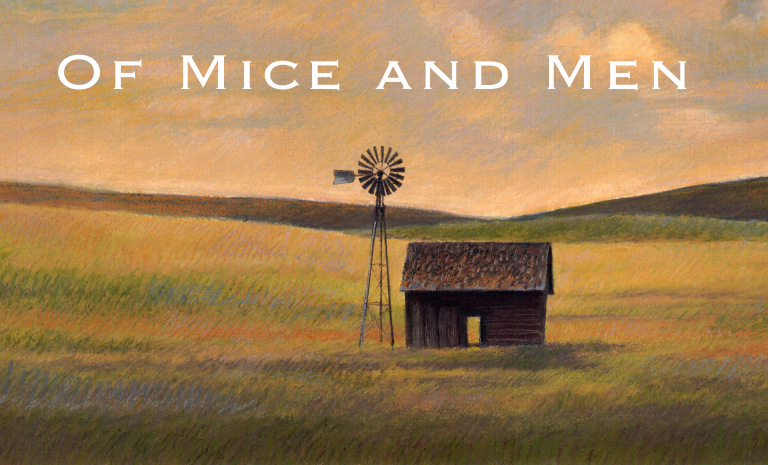 There are two main characters in this story first is George and second is Lennie. Both are best friends and George always look after Lennie. Besides, George is smart but not educated while Lennie is a strong man but mentally disabled. That’s why George always have to solve the problems created by Lennie.

This story is of the time of great depression when the United States was going through the worst period of its economy.

Furthermore, at that time there were two friends ranch worker who after losing their jobs move from one part of California to another in search of a new job.

Also, they had a dream of owning a piece of land where they could live in peace.

In addition, George always protects and care for Lennie like a family and due to the mishap created by Lennie they have to escape from weed.

After that, they started working on a farm where the owner’s son start targeting Lennie because he does not like large men. At the farm, their life takes many turns.

One day at the ranch the handyman offer them money to buy the farm. But, he also kept a condition before them for which they agreed then the situation does not go as planned.

Moreover, the things escalated after that at the farm and one thing leads to another and eventually take his own life because what he did.

The Controversy of the Story

Although the book teaches us about the struggle during the great depression. But also, it is not wrong to say that the book has been constantly targeted for its vulgarity, racism, offensive words and many more.

Why the Book is Different?

The writer divides the book in 3 part of 2 chapters each. Most noteworthy, the writer write it in a way that it is both a novella or a script. Also, the writer decided another name for the poem but later on changed it.

The Ending of the Story

The story has a tragic ending in which Lennie kills himself because he cannot be able to control his strength.

To conclude, we can say that Of Mice And Men is a great story. The story perfectly describes the condition of two friends perfectly. Also, the writer describes the novella in a unique way that it can be called both a script and a novella.

Besides, the writer also created many controversies by this novel and have to face much criticism. But, it is a novel which can be read once in life.