Table of content
1 500+ Words Essay on Unity is Strength
1.1 To Societies and Nations

500+ Words Essay on Unity is Strength

In today’s time where there is cut-throat competition everywhere and every individual is trying to apply his or her method to reach on top, very few recognize the importance of proverb ‘Unity is strength’. Also, this proverb has now become confined to inspirational books and motivational lectures. So, very few people actually understand the importance and thus it’s application in their lives. But these people that are actually more satisfied as well as content in their lives that actually applies it. So, unity is strength essay is an insight into the increasing importance of unity in lives in the present world. 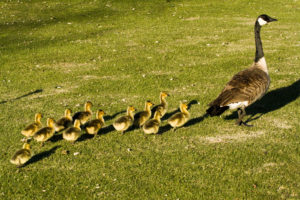 This proverb also applies when it comes to relationships. People nowadays are so blinded by the success and the power that they want to be ahead of their colleagues, relatives, and friends.

Thus, they get into professional as well as personal rivalries with each other most of the times so, they do not understand that they cannot move ahead as well as enhance their skills, knowledge, and help each other. Thus, when we go against our team-mates and start to compete with them in an office setting, then people from another team will benefit from the situation.

Also, another reason here people grow apart because of mistrust. This becomes true especially when it comes to the husband-wife relationship. Also, here we often see couples doubting each other always. So, they start to question small things and doubt them of lying or cheating.

So, outsiders take advantage of these type of situations. Also, they fuel the doubt and thereby create conflict between the two in order to fulfill their own motives. Also, this will not only have a negative impact on the two but also on the kids. So, if the wife and husband stay united and defend each other than no one can create the rift between the two.

To Societies and Nations

The proverb also holds true when it comes to society and the nation as a whole. The societies and localities where people stay united are loved by everyone.

Thus, people living here meets as well as greets their neighbors with a smile, guard their neighbor’s house, help out each other in crisis, etc. Also, they celebrate each and every function together and conducts other social gatherings every now and then. In the current world, many people are suffering from loneliness as well as depression, these types of neighborhood can be a boon.

Similarly, nations around the globe are very busy fighting each other in order to prove that they are better than one another. So, every nation has nuclear weapons and many terrorist organizations have been formed. So, if we stop all these kinds of malpractices than the world will become a much better place to live.