India has a rich culture and that has become our identity. Be it in religion, art, intellectual achievements, or performing arts, it has made us a colorful, rich, and diverse nation. The Indian culture and tradition essay is a guideline to the vibrant cultures and traditions followed in India. 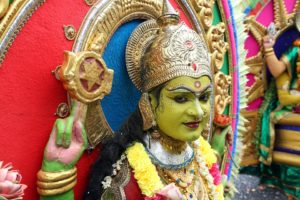 India was home to many invasions and thus it only added to the present variety. Today, India stands as a powerful and multi-cultured society as it has absorbed many cultures and moved on. People here have followed various religion, traditions, and customs.

Although people are turning modern today, hold on to the moral values and celebrates the festivals according to customs. So, we are still living and learning epic lessons from Ramayana and Mahabharata. Also, people still throng Gurudwaras, temples, churches, and mosques.

The culture in India is everything from people’s living, rituals, values, beliefs, habits, care, knowledge, etc. Also, India is considered as the oldest civilization where people still follows their old habits of care and humanity.

Additionally, culture is a way through which we behave with others, how softly we react to different things, our understanding of ethics, values, and beliefs.

People from the old generation pass their beliefs and cultures to the upcoming generation. Thus, every child that behaves well with others has already learned about their culture from grandparents and parents.

Also, here we can see culture in everything like fashion, music, dance, social norms, foods, etc. Thus, India is one big melting pot for having behaviors and beliefs which gave birth to different cultures.

There are many religions that have found their origin in age-old methods that are five thousand years old. Also, it is considered because Hinduism was originated from Vedas.

Thus, all the Hindu scriptures that are considered holy have been scripted in the Sanskrit language. Also, it is believed that Jainism has ancient origin and existence in the Indus valley. Buddhism is the other religion that was originated in the country through the teachings of Gautam Buddha.

There are many different eras that have come and gone but no era was very powerful to change the influence of the real culture. So, the culture of younger generations is still connected to the older generations. Also, our ethnic culture always teaches us to respect elders, behave well, care for helpless people, and help needy and poor people.

Additionally, there is a great culture in our country that we should always welcome guest like gods. That is why we have a famous saying like ‘Atithi Devo Bhava’. So, the basic roots in our culture are spiritual practices and humanity.