In an organization from the president to a supervisor, the function that is performed with utmost care and respect is the controlling process. Here control refers to the task that ensures that the activities are producing the required goals and targets. Thus, controlling helps in monitoring what will be the outcome of the activities. Furthermore, it reviews the feedback information about this outcome. And also provide us with the necessary course of action. It is stated that the control is a function that is very closely connected to the planning. In an organization, you can find three kinds of control. 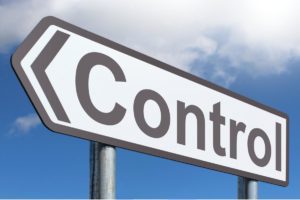 In modern organizations, there are three kinds of control that you will usually find,

This control can also be referred to as steering or real-time control. Thus, this control is associated with adjusting a performance before any high damage is done. For example, the ship’s movements are navigated by a sailor continuously. Also, a driver adjusts the steering of its car continuously.

This direction for both the examples depends upon the obstacles, destination, and many more. Usually, you will find a control chart in a factory. This is an example of concurrent control. So, this control occurs when the activity is still in the process.

In biological and physical systems, sometimes messages are transmitted in the mechanical form of energy. It can also be in the form of a chemical reaction or other forms. While in social systems, some information is sent back in order to exercise the control.

Thus, any managerial system that is good controls itself in the form of information feedback. This discloses errors in accomplishing goals and thereby initiates the proper corrective action. Thus, feedback is the process that adjusts future actions based on the information about past performance. Although feedback is done after the process, it is a very important part of the control process.

Many times the input variables are considered as immeasurable. For example, the value that an employee brings to the organization. So, these feedbacks are not detected by the organization. Feedback is very important for continuous activity. Also, it enables to take a corrective course of action.

Furthermore, the feedback concept is also important for the development of effective communication in an organization. This can also be termed as post control. As the name says, this refers to the various information about the completed activity. This is done to evaluate the information and to improve the activity by taking corrective action.

Feedback permits the manager to use the information about the past performance by bringing the future performance in line with the objective that is planned. Thus, testing the validity and its appropriate standards is helped by post control. Thus, to make it more effective and meaningful, it is required to analyze the post-performance.

This involves evaluating the various inputs. Feedforward follows a very simple principle that any organization is not stronger than its weakest link. For example, when a machine is not working properly then the operator will look for some critical components to check whether the machine is working or not.

Practice Questions on Kinds of Control

Q. An exertion that helps in achieving a self-goal is called

Q. What is the desire that helps you achieve a particular goal along with the pursuit of that goal called?