In this article, we shall take up two forms of imperfect competition:

There is only one firm prevailing in a particular industry called A Monopoly Market Structure. When a single firm controls 25% or more of a particular market is known as monopoly power from a regulatory view. Indian Railway is an example.

In monopoly structure firms normally produce a good without close substitutes. The product is generally often specific and unique.

For example, when Apple started producing the iPad, it arguably had a monopoly over the tablet market.

There are significant barriers exists to entry set up by the monopolist. If new firms want to enter the industry, the monopolist will not have complete control of a firm on the supply.

This implies that there is no differ­ence between a firm and an industry Under monopoly.

In a monopoly market structure, there are no close competitors in the market for that product.

The term Price Determination under Imperfect Competition symbolizes monopoly market. The monopolistic sets the price of the product. Since it has market power,  This power makes the monopolist a price maker.

A monopolist can maintain supernormal profits in the long run but it not necessary that he earns profits too. He can be making a loss or maximizing revenues. This can never happen under perfect competition. 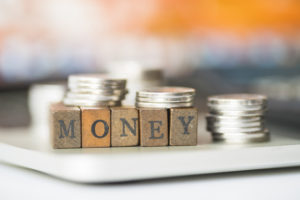 Monopolistic competition is a market structure which has elements of both monopoly and competitive markets.

Essentially a monopolistic competitive market provides freedom of entry and exit, but sellers can differentiate their products. They can set prices because they have an inelastic demand curve.

However, since there is freedom of entry, supernormal profits may encourage more firms to enter the market leading to normal profits in the long term.

Supernormal profit encourages new firms to enter in the long run. This reduces existing demand for existing firms and leads to normal profit.

The efficiency of firms in monopolistic competition

Q.All of the following are characteristics of a monopoly market except:

In a monopoly, the firm may use its monopolistic powers to realize high revenue, Hence, he is not a price-taker but a price maker. Therefore, option b is the correct option since it is not a characteristic of a monopoly.