The connection of many computing devices or machines forms the Computer networks. There are 3 types of the computer network. Therefore there are topologies or maps that we use to connect computers into any network. To know more about Computer Networks we will explore the article further!!

A network can be defined as a group of computers and other devices connected in some ways so as to be able to exchange data. Each of the devices on the network can be thought of as a node; each node has a unique address.

Q1. What is the IETF standards documents

Q2. In the layer hierarchy, as the data packet moves from the upper to the lower layers, headers are

Answer: Added, Every layer adds its own header to the packet from the previous layer. Therefore Added is the answer.

Q3. What the structure or format of data is

Answer: Syntax, Semantics defines how a particular pattern to be interpreted, and what action is to be taken based on that interpretation. Therefore the answer is Syntax.

Q1. which of the following is not a type of computer network

Q2. A set of rules that governs data communication 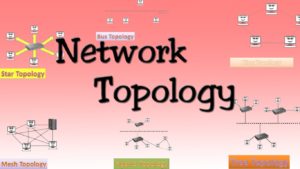 Topologies are the methods or way computers are connected to the network. There are several topologies use to connect computers and therefore they are

Q2. On which device the centralized system of the star topology depends on

Q3. The switch device operates on which layer of the OSI model

Q2. Which one of the following is not an application layer protocol used on the internet?