A policy is the sum total of the values to which a person or a group of persons or institutions social, legal and governmental – consider as important in their relationships with one another. In India, we have to formulate the Environmental policies and projects in the credible of social morals and values. We consider the public opinion representing the views of both the elite expert and lay public. A clear vision should be there reflecting all the conflicting values. We call the vision a policy and the translation into a legal framework – the law.

The environment is a complicated dynamic system, with many interacting components. Our knowledge of these components, of their interactions between them, and the relationship between people, resources, environment and development has undergone profound evolution over the last many years.

Our industrial, economic, scientific and technical activity has not simply attained a geological scale, but also a cosmic one as well. We are now creating new seas, and transforming huge deserts into fertile oases. In general, we are in a position to encroach upon nature without limit, remaking her more and more radically. But we cannot and must not exercise all our power over nature without restrictions, without allowing for the possible negative consequences of our activity.

The year 1972 marked a watershed in the history of environmental management in India. Prior to 1972 different Union ministries dealt with environmental concerns such as sewage disposal, sanitation, and public health, and each pursued these objectives in the absence of a proper coordination system at the central or intergovernmental level. When the 24th United Nations General Assembly decided to convene a conference on the human environment in 1972 and requested a report from each member country on the state of their environment, a committee on the Human Environment under the chairmanship of Pitambar Pant, a member of the Planning Commission, was set up to prepare India’s report.

On 12 April 1972, a National Committee on Environment Planning and Co-ordination (NCEPC) was set up, as a high powered advisory body to the Govern~ent. Within its purview falls the appraisal of development projects, human settlements planning, survey of natural eco-systems like wetlands, and spreads of environmental awareness. On the recommendation of the NCEPC Environment Boards in every state and union territory had been set up.

On the recommendation of Tiwari Committee a separate Union Department of Environment was set up in November 1980 to act as a nodal agency for environmental protection and eco-development work and to carry out an environmental appraisal of development projects. Responsibility for pollution monitoring and regulation and conservation of marine eco-systems and critical eco-systems designated as biosphere reserved is also assigned to it. The Department of Environment was put under the direct supervision of the Prime Minister with a Deputy Minister in Charge of the Department.

Following another recommendation of the Tiwari committee the NCEPC had been replaced by a National Committee on Environmental Planning (NCEP), with functions similar to those of its predecessor. The NCEP was formed in April 1981 and authorized to prepare an annual ‘state of the environment’ report, to arrange public hearings or conferences on significant environmental issues, establish a nationwide environmental information and communication system and propagate environmental awareness through the mass media.

Accordingly, the Act enumerates a variety of subjects, including quality standards, maximum permissible concentrations of pollutants and location of industry, which the central Government may regulate for the purpose. 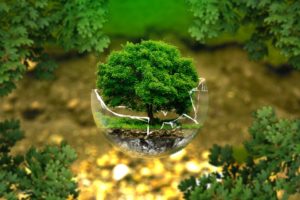 From 1952, National Programmes for Sanitation, Public health, Nutrition, Water supply and housing were given high priority, but the issue of environmentally sustainable development received little recognition in the planning process until 1968. Then we also had the fourth five-year plan in 1969-70 to 1973-74.

The Fifth Five Year Plan (1974-79) stressed that the NCEPC should be involved in all major industrial decisions so that environmental goals would be taken fully into account. The Plan also emphasized that in the pursuit of development goals it would likely cause a reduction in the quality of life, it balances between development planning and environmental management was maintained.

The Seventh Fifth-Year Plan ( 1985-90) also placed substantial emphasis on environmental conservation and protection. The Plan called for the government and voluntary agencies to work together to create environmental awareness because improving the quality of the environment required the involvement of the entire public.

Due to the political instability in the early 1990s, the Eight Five Year plan (1992-97) which was supposed to be started in the year 1990 came into operation only in 1992. It gave an important place to the environment by moving into the fourth category of subjects examined in the text.

The ninth five-year plan was from 1998 to 2003. The Ninth Plan is based on the belief that the principal task of planning in a federal structure is to evolve a shared vision and development strategy.

Q 1: When was the seventh five-year plan initiated for the environment?