Here we will list the top personalities of the world. let us start with a list of women who changed the course of history. We will list their names and their respective achievements below: 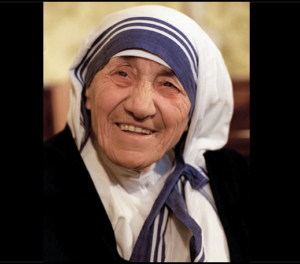 Indira Gandhi (1917–1984): She was the third Prime Minister of India, and was in office from 1966-77 and 1980-84. She is highly regarded as the “Iron Lady Of India” and was very influential in shaping a post-war Indian constitution and society.

Benazir Bhutto (1953–2007): Benazir was the Prime Minister of Pakistan until her assassination. She was also the first woman to lead a Muslim state.

Mother Teresa (1910–1997): The saint of Kolkata, as she was known to many, was a nun and charity worker. She dedicated most of her life to helping the poor and removing poverty from many sections of the society.

Anne Frank (1929–1945): A Jewish diarist who documented her life in hiding in an Amsterdam attic during the Nazi occupation. Anne Frank later died in a Belsen concentration camp and her diary was found after the war ended.

Angela Merkel (1954– present): Angela Merkel has been chancellor of Germany since 2005 and the de facto leader of the European Union during the financial crisis.

Marie Curie (1867–1934): Marie Curie was one of the greatest scientists of her time. She was a Polish physicist and a chemist. She is also the first person to win the Nobel Prize in both Chemistry and Physics.

Helen Keller (1880–1968):  Helen Keller became deaf and blind when she was 19 years old. She was an author, political activist and lecturer. She is also the first deaf-blind person to earn a bachelor of arts degree.

People Who Changed The World

Karl Marx (1818 – 1883) – Karl Marx is regarded as the greatest philosopher the world has ever seen. He advocated equality in the society and the abolition of money.

Genghis Kahn (1162 – 1227) – Genghis Khan conquered all of the known world at his time. Modern genetics tells us that one among every 200 humans can trace their lineage directly to the great Kahn. He was a great military and political leader of the Mongols.

Adam Smith (1723-1790): Adam Smith was a Scottish social philosopher and the pioneer of classical economics.

John Dalton (1766 – 1844): Dalton was an English chemist and a physicist. He stated the first complete atomic theory.

Guglielmo Marconi (1874 – 1937): He was an Italian engineer who helped develop radio transmission. Some even credit the invention of the radio set to him.

Adolf Hitler (1889 – 1945) – Hitler was the dictator of Nazi Germany and pushed the world into the second world war.

A casual browsing session over the internet will tell you that there are many more people that we may add to the list. For example, we could add all the Nobel laureates or all the scientists or all the authors. The number seems very large and perhaps too large. However don’t lose focus, remember that there is another section that we dedicate to the study of people who receive awards or authors or writers.

However, it is advisable to not spend much of your time on this section. You should form a basic list of people that you will not forget. Again, we would suggest doing a detailed reading of the people. That way you will not forget them easily. You may also pick ten people from each country, every day and learn about them. However, like we said, this section should not dominate your preparation time.

Q 2: Who among the following wrote the book “Das Capital”?

Share with friends
Previous
Books and Authors
Next
Policies and Projects