We are always extremely enamoured with famous people. They have this pull that grabs your attention immediately. And everyone has this one famous persona that is their favourite. Which one is yours? Come let’s learn about a few famous personalities from India and around the world.

A leading Indian Politician and the current Prime Minister of India who is born after independence. Narendra Modi is known to be a leading party for India’s Hindu nationalist. Bharatiya Janta Party (BJP). Narendra Damodardas Modi was born on September 17, 1950, and has made his way out from a poverty-stricken tea – selling boy to a leader and longest serving Chief Minister of Gujarat.

He rose steadily and controversially after the Gujrat riots in 2002. He has announced many programs and policies to modernize the country with the Smart Cities’ programme and has also attempted to improve infrastructure with the ongoing ‘ Swachh Bharat Abhiyan’. 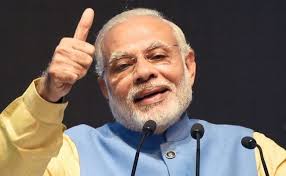 If Prime Minister, Narendra Damodardas Modi is the face behind the positive changes in India, Arun Jaitley, Minister of Corporate Affairs is the brain behind some of the initiatives. He is known to be an articulate personality of multi-role versatility. He was very actively involved in public affairs, right from his school days and has served as a leader of the Bharatiya Janta Party (BJP). He is claimed as a top ranking minister in the Modi cabinet due to his versatility, eloquence and compose.

Stephen Hawking, an English theoretical physicist, author, and cosmologist who changes the theory of the world and attempted to explain the complex aspects of physics and cosmos. He believed and stated his goals to be simple which was to understand the universe as to why it was as it was and why it exists at all.  In spite of being diagnosed with ALS at a very young age, he conquered all odds to become one of the most respected scientists of our times. He never let his health limit him, only encourage him to excel.

The first South African Black President who fought against apartheid or racial discrimination against blacks. He also led a secret army called ‘ Spear of the Nation’ and in the year 1993 received the Peace Prize with other 695 awards. The most famous say by Nelson Mandela is that ‘ Education is the most powerful weapon that you can use to change the world.’ 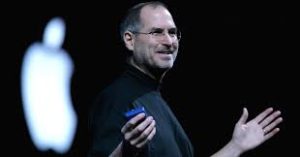 Steve Jobs is a legendary American businessman, inventor, business magnate and industrial designer. He was the CEO, chairman and co-founder of Apple Inc. He also holds a majority share of Pixar. Jobs is the man who changed the world with innovations like the Mac computers and the iPhone. He is a man who has had an evolution of a reckless upstart into a visionary leader. He believed that time is limited and one should not waste it living someone else’s life.

A daughter of a shepherd who is the icon of braveness to the Afghan Nation as she stood up in the most critical point of the battle of Maiwand in the second Anglo-Afghan War. Malalai voice was the voice that turned the tide of war, it brought her people encouragement and hope and inspiration.

The ‘Malala’ of our generation is a voice against Taliban who raised her voice to stand up against the Taliban and their teachings. She fought to have the right to go to school as she lived and continued to raise her voice with the same ambitions, hopes, and courage that she had prior to the attempt made on her life. 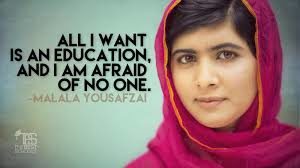 Ans. b) Subhash Chandra Bose was fondly known as Netaji by his followers.

Q: Kalpana Chawla is a/ an?

Ans.  a) Astronaut. Kalpana Chawla was the first female astronaut of Indian origin.

Famous Personalities of India and World

Famous Personalities of India and World