Have you ever wondered how life originated on earth? What the early people looked like? Did they eat what we eat now? Well, hold on! We will answer all the questions and look at a brief of the ancient world history. The world was not like how we see today. It developed with the passage of time, to become what we see it today. We will start from the very beginning of human life.

This phase was the very beginning of the ancient world population. We can classify this phase into the following groups:

Palaeolithic societies were largely dependent on foraging and hunting. While hominid species evolved through natural selection for millions of years, cultural evolution accounts for most of the significant changes in the history of Homo sapiens. Small bands of hunter-gatherers lived, worked, and migrated together before the advent of agriculture.

Civilisation requires the availability of agriculture. In this age, people started depending on agricultural settlements and produced food. More and more people got engaged in work that leads to an increase in production, trade, population, and social stratification.

This phase lays down the rules and principles for what we see today. The classical Greeks laid down the foundation for the modern civilisation. This age saw the rule of Cyrus who successfully unified the Middle East and Egypt. Alexander, the Great, unified Greece with Persia. This phase also witnessed some of the most prominent civilisations and religions in the world. These include Hinduism, Buddhism etc.

In this phase, the spur of Islam traversed the various nations of  Europe, Africa and Asia. This was the age of the Mongols, Crusades and the Mayas. This phase also saw the massive movement of humans across the ancient world. They got more occupations, more travel and thus, spread more diseases.

This phase saw a major reformation and it is the age of renaissance. Art, science and technology became very famous in this phase. This phase also saw the rise of the Mughal Empire in India. 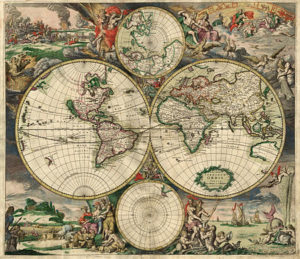 This was a very significant phase in the ancient world history as this period saw many important revolutions. These include the French Revolution, American Revolution and more. This phase also saw the growth of Indian power against the British Colonial rule.

This was a very eventful phase for the World history. This period saw the rise of Hitler, the two World Wars that changed the entire world scenario and also the growth of Human rights revolution.

Question 1: Roughly what percentage of the Serbian military was killed during World War I?

Answer: Around 60% of the Serbian military was killed during the first World War.

Question 2: Write a note on the ancient Mesopotamian civilisations.