Each region can be associated with a distinctive kind of food, clothing, poetry, dance, music as well as art which is collectively termed as its culture. We tend to identify people living in a particular region on the basis of these. However, sometimes this can be far from the truth because the culture of a region evolve because of intermixing of local traditions with ideas from different parts of the subcontinent. Let us know more about the regional cultures of the Indian subcontinent.

Malayalam – The Language of Cheras

The 9th century witnessed the establishment of Chera kingdom of Mahodayapuram in the south-western part of the peninsula, presently known as Kerala. It is reported that Malayalam was used as the spoken language there. It was introduced by the rulers not only in their language but also inscriptions. This example illustrates the relationship between language and region, and also of the use of a regional language in official records in the subcontinent.

Sanskritic traditions have a deep impact among the Cheras. The temple theatre of Kerala drew inspiration from the Sanskrit epics. Many literary works in Malayalam either draw their inspiration from or are a direct transliteration of epics in Sanskrit. Lilatilakam, a 14th-century text about grammar and poetics were composed in Manipravalam. It literally translates to ‘diamonds and corals’, which refers to the two languages – Sanskrit and the regional language.

The Cult of Jagannatha

Sometimes regional cultures develop around religious traditions. An example of this is the cult of Jagannatha. Jagannatha is the name of Lord Vishnu which literally translates to ‘the lord of the world’. This cult is found in Puri, Orissa. The local tribals carry out a practice where they carve a wooden image of the deity, suggestings the local origin of God which is later identified as Lord Vishnu. This tradition is still widely practised. 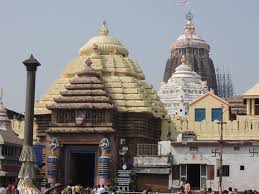 A temple of Purushottama Jagannatha was constructed at Puri by Anantavarman of Ganga dynasty, one of the important rulers of the Ganga dynasty, in the 12th century. Subsequently, King Anangabhima III, the self-proclaimed deputy of the Lord dedicated his entire kingdom to the deity in 1230.

The importance of the temple as a pilgrimage centre grew and with it increased its authority in social as well as political spheres. There was a competition amongst the dynasties who conquered Orissa to gain control over the temple. Amongst these were the Mughals, Marathas as well as the English East India Company. They regarded gaining control over the temple as a means to garner acceptance of the local people.

The present-day Rajasthan was initially known as “Rajputana” by the British in the 19th century since it was inhabited by the Rajputs. Many groups in the northern, as well as central parts of India, identified themselves as Rajputs. Apart from these, there were people living in Rajasthan who were not Rajputs. The Rajputs, however, are often recognized as contributing to the distinctive culture of Rajasthan is indebted to the Rajputs for its distinctive and rich cultural heritage.

The Rajputs were known to be heroic rulers and their aspirations and ideals have a strong influence on the cultural traditions of this region. From the advent of the 8th century, Rajasthan was ruled by various Rajput families. Prithviraj was one of the most popular rulers.

Ideals of Rajputs and Rajputana Culture

Fighting till their last breath, these rulers would rather choose death over surrender to the enemy. Such was the strong ideals of the Rajputs.The gallantries of the Rajputs were well documented in the form of stories as well as poems and songs. Depicting strong emotions such as loyalty and anger, these stories inspired even the ordinary people.

Women have often been depicted as the cause of conflict between kings who fought battles in order to win them over. The  horrifying practice of ” Sati” was common in those times where widows were immolated on the funeral pyre of their husbands

Que: Who constructed the temple of Purushottama Jagannatha?

Ans: The correct answer is option a. Anantavarman constructed the temple of Purushottama Jagannatha.

Share with friends
Previous
Paintings for Patrons: The Tradition of Miniatures
Next
The Union Executive and Legislature