The Hindu marriage act of 1955 has reformed the marriage according to Hindu law. It is considered as a landmark in the history of social legislation. Also, this law has not only codified Hindu marriage law. It has also introduced many important changes in many aspects. 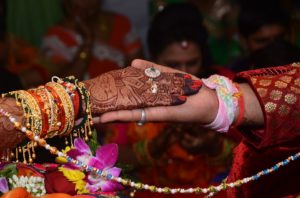 Nature of Marriage under Hindu Law

Also, it is not only considered as sacred but it is also a holy union. The main objective of marriage is to enable a woman and a man to perform their religious duties. Along with this, they also have to beget progeny. Based on ancient writings, a woman is considered half of her husband and thus completes him. While a man is also considered incomplete without a woman.

Every Hindu whether they are male or female has to marry. Also, a person could not remain a perpetual student and where he did not desire for an ascetic life. But he was enjoyed or engrained in the shashtra to marry. Therefore marriage is considered as good as compulsory more so in the case of a female.

Marriage is essentially a samskaras and thus is sacramental in nature. There are three characteristics of the sacramental nature of marriage.

Thus, it shows that despite the fact that a party is proving the absence of a consenting mind, the marriage is fully valid and legal.

The modern nature of marriage is contractual. Thus, it receives the ideals of equality and liberty. Also, today it has been established due to the west that for marriage to be effective, there must an agreement of voluntarily entering into it by both the parties.

Thus, to sum up, the Hindu marriage has not remained a contract and neither it has remained a sacrament. But it can be said it is a semblance of both.

Q. The subject of Hindu marriage has been dealt meticulously within

Q. Under the Hindu law of marriage, a marriage is considered as

D. Neither A nor B