The laws relating to adoption and maintenance generally depend on the personal laws of different religions. In India, the Hindu Adoption and Maintenance Act, 1956 governs such law for Hindus, Jains, Sikhs, and Buddhists. It basically contains provisions relating to the adoption of children; maintenance of wives, children or aged parents, etc. 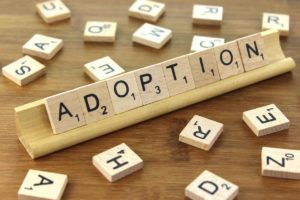 The Hindu Adoption and Maintenance Act is one of the most important personal laws in India. This is because it affects a large number of people. The Act applies to ‘Hindus’ following any sect, including Vaishnavs, Lingayats, followers of Arya Samaj, etc.

‘Hindus’ under the Act also include Jains, Sikhs, and Buddhists. In fact, this Act applies to anybody who is not Muslim, Christian, Parsi or Jew. As long as the Hindu law regulates a person, this Act would apply. This is why this Act applies to a large number of people all over India (except in Jammu & Kashmir).

Adoption under the Act

The Act contains several comprehensive provisions regulating the adoption of children by Hindus. In fact, Section 5 says that any adoptions in contravention with the Act is void and has no legal effect.

According to Section 6, there are some important requisites of valid adoption. Firstly, the persons taking or giving a child in adoption must possess the capacity and right to do so.

Secondly, the adopted person must be capable of undergoing such adoption. Finally, the adoption must comply with all provisions of the Act.

The Act further contains additional provisions explaining conditions for adoption. For example, a male Hindu willing to adopt a child must obtain his wife’s consent. However, this is not important if the wife is unsound in mind or is no longer a Hindu. Similarly, a female Hindu must obtain her husband’s consent as well.

Once a person successfully adopts a child, the child gets all the rights applicable to naturally born children. The child also thereafter severs all ties with its old family. However, any property he owns prior to the adoption will continue to remain with him.

The Hindu law of marriage contains a list of persons one cannot marry. For example, marriage with a relative within certain degrees is illegal. A child taken in adoption cannot marry a person if the law so prohibits.

Furthermore, once an adoption is complete, the adopting parent(s) cannot cancel it. Even the child cannot renounce the adoption and go back to his old family.

Maintenance under the Act

A Hindu wife can seek maintenance from her husband during her lifetime. She can even live separately from him while seeking maintenance under certain conditions. For example, she can do so if he deserts her, treats her cruelly, has another wife, suffers from leprosy, etc. However, she cannot claim maintenance if she is unchaste or is no longer a Hindu.

Maintenance of children and aged parents

Apart from wives and widowed daughters-in-law, a Hindu must also maintain his/her children and aged parents. These children may be either legitimate or illegitimate for this purpose.

However, the duty to maintain the children extends only till they attain the age of majority. The maintenance of parents and unmarried daughters extends so far as they cannot maintain themselves with their own earnings.

Question: State the missing words in the following statements.

(a) Jains, Sikhs as well as Buddhists