The angle is a very important measurement in the geometrical shapes. The amount of rotation about the point of intersection of two lines or planes which is required to bring one in correspondence with the other is known as an Angle. There are many different types of angles in geometry. In this article, we will discuss the concepts of angles with a formula for angles and their examples. Let us begin learning.

The angle is a shape, formed by two lines or rays diverging from a common point which is the vertex. The angle is formed when two rays intersect i.e. half-lines projected with a common endpoint. The corner points of angle are the vertex of the angle and the rays as the sides, i.e. the lines are known as the arms.

It can be represented by three letters of the shape which define the angle, and the middle letter being where the angle actually is made. For example, \(\angle ABC\), where B is the given angle, made by lines AB and BC.

The definition of a radian is the angle of an arc in a circle which is created by enclosing the radius of the circle around its circumference. We represent this angle between two lines through radians as well as degrees. The total angle of a circle equals 360\degree or we can call it as 2 radians. With the help of formula for conversion from radians to degrees, we can convert the angles that are in radians into degrees. Therefore, we measure angle generally with the terms which are degree (°), radians or gradins. 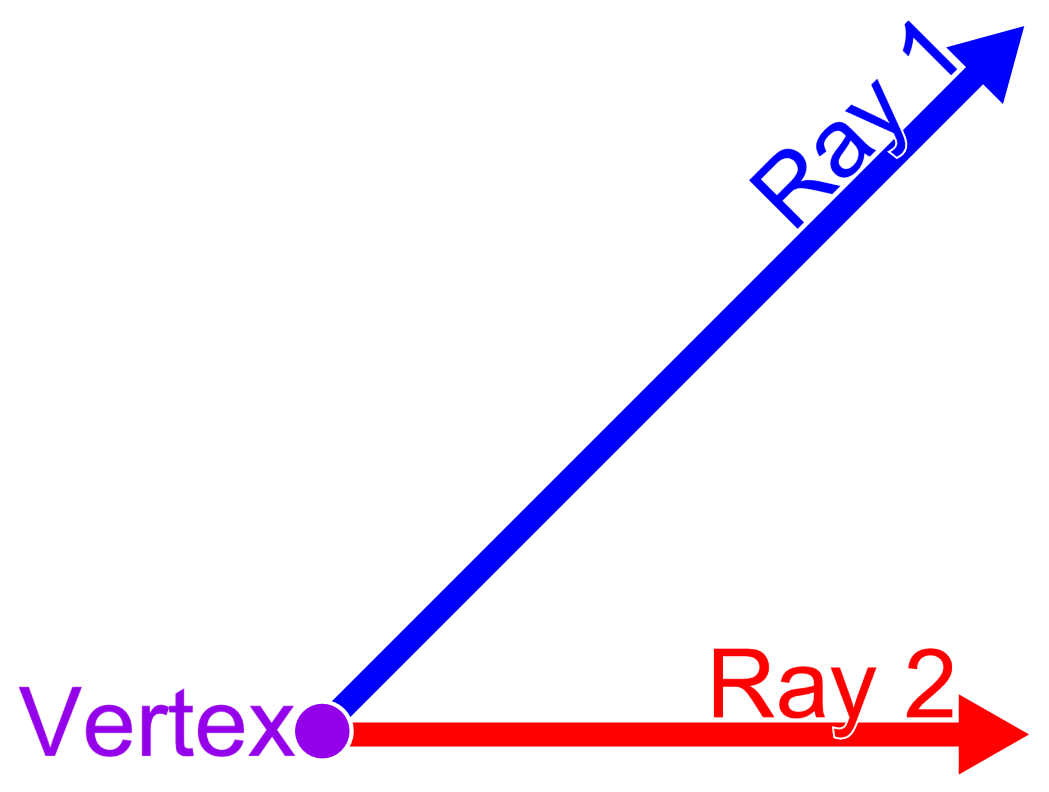 The Formula for Angles:

(1) Central Angle Formula:  This formula in a circle is as follows:

(2) The formula for Central Angle:

(3) Formula for Double Angle: This has three main formulas as below:

where \(\theta\)  is the angle in a right-angled triangle.

Q.1: Find the angle of a segment made in a circle if the arc length is 5π and the radius is 6 cm?

Now, the angle formula is: