A sphere is a three-dimensional circle or we can also say that it is a circle in space. A ring and a ball have something in common. Both are round but are they the same? Obviously not. One is a circle the other is a sphere. Space below shall help you delve into the measurements of surface area and volume of the sphere.

Circle and sphere, both are round, both are measured using radius. Then what is the difference between the two? A circle can be drawn on a plane, but can a sphere be drawn on a paper?  The answer is no! This is because a sphere is a 3-dimensional circle. 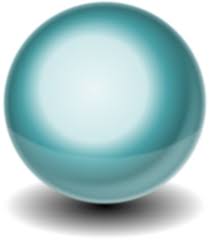 If a circular ring is tied to a string and rotated then we see a change in the shape. The changed shape is called the Sphere. When a circle changes into a sphere, nothing in it changes, neither the radius nor the diameter. It just becomes a three-dimensional version of a planar circle. So a spherical shape is a three-dimensional counterpart of a circle, with all its points lying in space at a constant distance from the fixed point or the center, called the radius of that sphere. 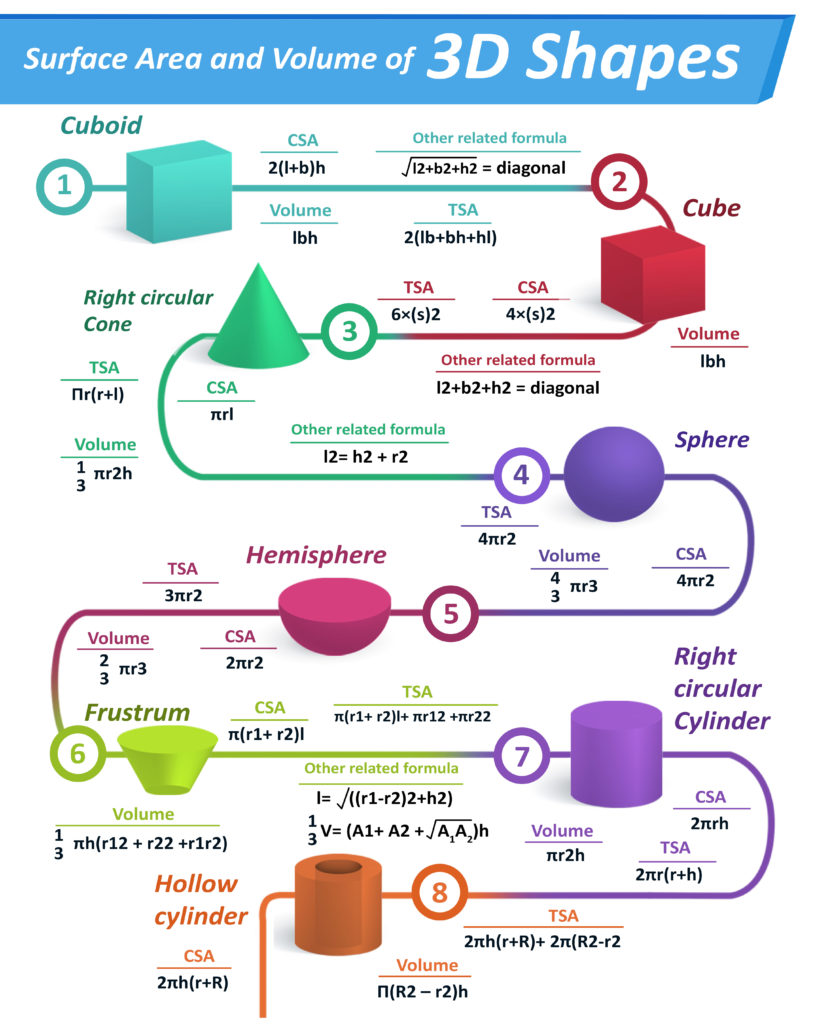 For finding the surface area of any spherical item we need to perform the following activity: A ball of any game is the best example of a sphere. Take a ball and drive a nail into it. Tie a string from the nail and wind it across the ball. Wind the string in such a manner that the two layers of string do not overlap each other.

We need to cover the ball with just one layer of string. On reaching the center use pins to keep the string intact. Cover the whole ball in a similar fashion. Now mark the starting and end points of the string wrapped around the ball. Try measuring the diameter of the ball with the help of a scale.

The diameter gives us the radius of the ball. With the same radius, draw four circles on plain paper. With the help of the string that was used to cover the ball, fill the circles on paper sequentially.

Similarly when we place a spherical figure into a container filled with water, then the amount of water that overflows is equal to the volume of that figure. Archimedes principle practically gives you the volume, but following this principle is not possible every time. For finding the formula for the volume of the sphere, we insert the spherical body in a cylindrical container. The Volume of Hemisphere

Solution: Let the diameter of Earth be x, and the radius of the earth be = x/2

Ques. Is sphere a circle?

Ans. Any circle of a sphere is basically a circle that lies on a sphere. Circle-like this can be formed as the meeting of a sphere and a plane, or of 2 spheres. On a sphere a circle’s plane passes through the middle of the sphere is known as a great circle.

Ques. How many circles make a sphere?

Ques. What is the equation for the sphere?

Ans. Equation of a Sphere is given in mathematics as follows:

The general equation of a sphere is:

Here, a, b, and c symbolizes the middle of the sphere.

Here, r represents the radius and x, y, and z are respectively the coordinates of the points on the surface of the sphere.

Ques. How many sides does a sphere have?

Ans. A sphere is having 2 sides, an inside and an outside respectively. However, it is not very easy to prove this.