When you think of shapes, what is the most common shape that strikes your mind? For some, it may be a circle while for others it may be a rectangle. But did you know that every shape starts from the most basic line? A line when intersects with another line at a point forms an angle. As the number of lines intersecting each other increases the name of shape changes. A polygon is the final result of more than three lines intersecting with each other at different points, let’s discuss how?

What is a Polygon? 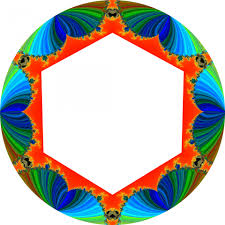 A polygon is a closed figure and is formed by the intersection of line segments. Now, depending on the number of sides we give each polygon a different name. We already know the basic polygons, triangles, and quadrilaterals.  A triangle is a three-sided polygon whereas a quadrilateral is a four-sided polygon.

Depending on the  number of sides polygons may be classified as follows:

Polyhedrons are three-dimensional polygons. A polyhedron in simpler words is a solid-shaped polygon. An edge is that segment where each of the faces meets while vertices are those points where these edges meet. Two most common polyhedrons are pyramids and prisms.

Pyramids have triangular faces meeting at the vertex while prisms have rectangular faces as part of their lateral surfaces with top and bottom identical polygons.

Can you sight some more commonly sighted polyhedrons? Let us help you with it! A matchbox or an ice-cream cone is an example of a polyhedron.

A bicycle tyre has 20 spokes, the angle between a pair of adjacent spokes is :

Solution: Option B. A circle is a polygon with infinite sides, but the total angle that forms a circle is 360°. Now as given in the question, the bicycle has 20 spokes, so the angle between each pair of adjacent spokes is 360 ⁄ 20 = 18°

Ques. What is not a polygon?

Ques. How do you identify a polygon?

Ques. Is rectangle a polygon?

Ans. Polygons are multiple-sided figures. These have sides that are called the line segments. The polygons are called according to the number of sides they have and angles too. The most known polygons are the triangles, the rectangles, and the squares.

Ques. What are the characteristics of a polygon?

Ans. Following are the characteristics of the polygon:

Side – the sides are of the line segments that create the polygon.

Vertex – vertex is a point where 2 sides meet.

Diagonal – a diagonal is a line that is connecting 2 vertices that is not aside.

Interior Angle – an angle made through 2 adjacent sides inside the polygon is said to be an Interior angle.

Exterior Angle – an angle made with 2 adjacent sides outside the polygon is called an exterior angle.