Physics is all about articulating the things with real values and not memorizing them up. During applications, we may come across many concepts, problems, and mathematical formulas. With these, we have to use our ability and creativity and good sort of potential to find solutions. Here we will have some basic physics formula with examples. Let us learn!

Some basic but very important Physics formula is given below:

The average speed is the average of speed of a moving body for the overall distance that it has covered.

Acceleration is defined as the rate of change in velocity to the change in time. It is denoted by symbol a.

The density of material shows the denseness of it in a specific given area.

According to Newton’s second law of motion, the force can be expressed by the product of mass and acceleration of the body.

The capacity to do some work is termed as Energy. The Energy spent to do work in a unit amount of time is termed as Power.

Weight is not anything but the force which an object experiences due to gravity.

The pressure is defined as the amount of force applied per unit area of the object.

Kinetic energy is the energy that is possessed by a body due to its state of motion.

Ohms law says that the current running through some conductor material is directly proportional to the potential difference between two endpoints of the conductor.

Frequency is the revolutions completed per second or as the number of wave cycles. 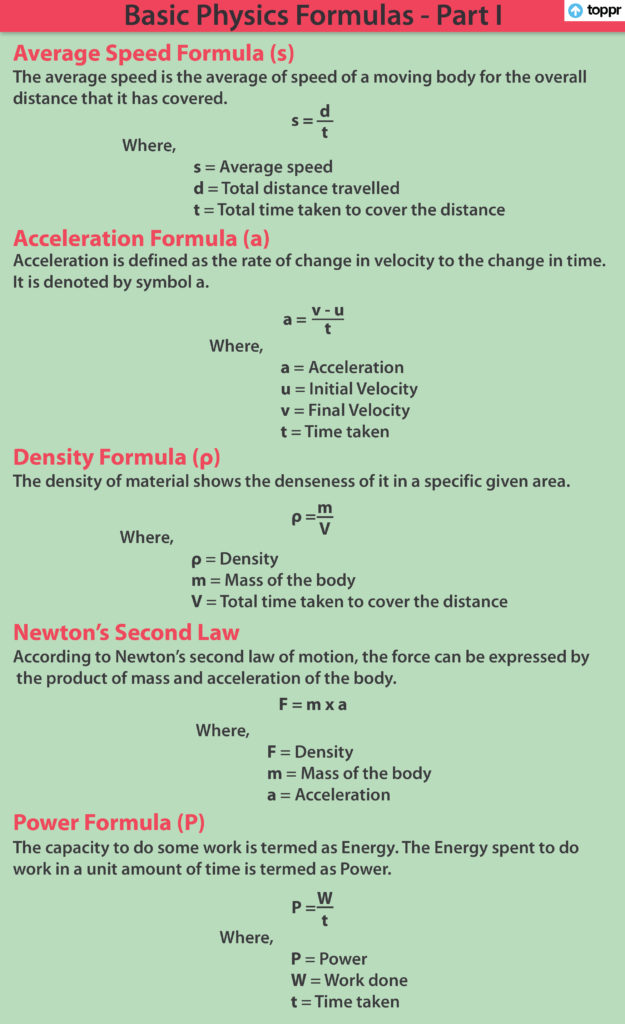 So Kinetic energy will be as:

Therefore, kinetic energy will be 12500 joules.